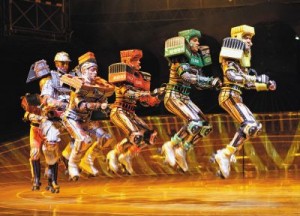 Every now and then I play a game, usually a scrimmage, where music is played. Usually there’s a rock score, but sometimes a danceable mix. Laurie had a great playlist that I helped build for her birthday scrimmage that was a lot of fun to play to.

Someday I’m going to shell out the necessary cash to get myself 80 minutes of ice time and then recruit the right people to play to my wacky hockey playlist. (It would have to be the right, hand-picked crowd of people so I wouldn’t get too much grief for the playlist.) 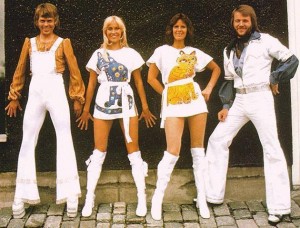 Here (in no particular order… the iPod would be on shuffle anyway) is the music for my ultimate scrimmage playlist:

There is another song I would love to put in here–“I Just Wanna Fuckin’ Dance (Dance Mix)” from Jerry Springer: The Opera, but I suspect the language wouldn’t be appreciated at the rink.

This times out at almost exactly 80 minutes so it would be wall-to-wall music from the warmups straight through to the end of the ice time. One day I will make this come true! In the meantime, the playlist will standby on iTunes and be ready to move to my iPod. And, hey, if you want to be in on this skate with a strange soundtrack, just let me know and I’ll put you on the invite list for when it happens.