It’s been a while since I posted any hockey hotness, but I’ve come upon a couple of worthy new entries in the category.

First up a drawing by J. Bone, a Toronto-based illustrator and comic book artist. He runs a blog called Man’s Adventure (which is occasionally NSFW so be forewarned) where he posts some of his artwork. Back in January he connected with a guy named Josh and one of the first drawings was a hockey one. It’s stunning and J. tells me there’s more of hockey Josh to come. I can’t wait! 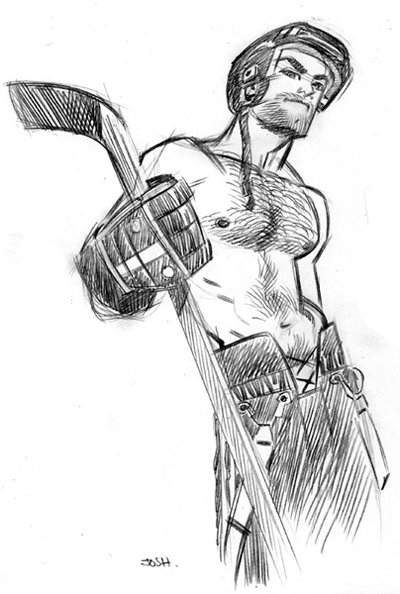 This next one I found randomly on the web last week. This is Taylor Kitsch, best known right now from Friday Night Lights but no doubt on his way to becoming a household name when he plays Gambit in this summer’s X-Men Origins: Wolverine opposite Hugh Jackman. I don’t know why Taylor’s with the hockey gear, but he sure looks good. 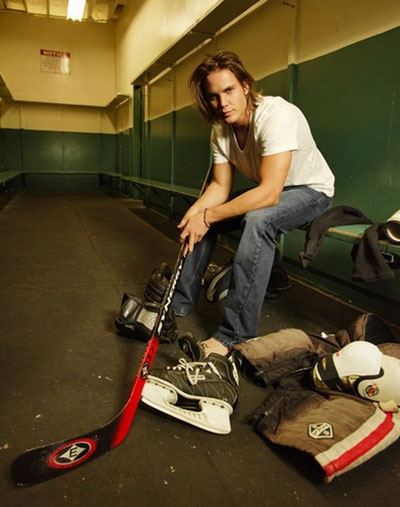