SYTYCD Season 7 – Top 6 – Not Much Extraordinary

It usually happens once per season. There’s a show where the dances are good, but not extraordinary. There are fewer goosebumps, fewer tears from being moved and fewer clips saved for future watching. Last night was that night for So You Think You Can Dance Season 7 and it’s not really that surprising since everyone peaked last week.

The injury list continued to grow this week. This time it was Billy who sat in the audience watching instead of performing. It sounds like his injury will allow him to dance next week so it hopefully won’t be him going home from the bottom three tonight.

Last night was SYTYCD‘s 150th episode! That’s quite an excellent benchmark. Choreographer Kenny Ortega (High School Musical) was guest judge and he did far better at the guest judging stint that when Ellen was on for the 100th show.

Here is my top three from last night:

Here are the rest of last night’s numbers, in the order they were performed within their groupings starting with the all-star partner numbers, the contestants together and then the solos.

As we head into the solo commentary, I have to say that I was overall disappointed in the solos this week. The dancers didn’t seem to do anything new or risky here. It was just them, doing their thing. I’d like to see at least some innovation within their styles so it doesn’t feel like I’m seeing the same solo every week.

So we know Billy will be in bottom three, but who will join him? Jose will make a reappearance since he wasn’t helped by the paso. The last slot is a hard call. I think Robert’s going to end up here too since he didn’t stand out last night. It will be Jose’s night to go home. The judges, who’ve hammered him for two weeks on technique, aren’t going to let him get another step closer to top 4.

Speaking of top 4… I think that’s going to be Lauren, Billy, AdéChiké and Kent. Sorry Robert, AdéChiké’s got some sort of magical fan base in play that’s going to cost you the spot you should have.

Results update: That was a surprise and I guess a good one. I got the bottom three right for the first time this season, but then the judges sent no one home. Next week two will go home so we’ll still get to the top four at the usual time.

I loved DJ Smart and getting to see his whole routine. It’s amazing someone as muscular as he is is as flexible as he is. Based on this solo, I don’t understand how he got cut in Vegas. I hope he makes it on in a future season because I’d like to see what else he can do. 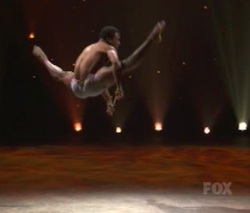 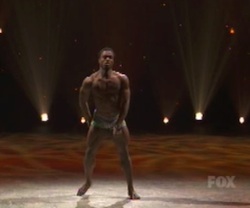 The other highlights of the night were the classic routine from Neil and Lauren as well as the hot opening number.