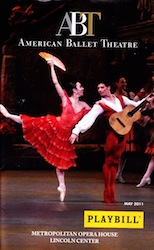 After enjoying our trip to The Met to see the American Ballet Theatre last summer, we decided to see more ABT this year. We bought a package of tickets to the spring season at The Met. Last night was the first of our four shows–Don Quixote.

The story played out over three acts. First we met Kitri and Basilio, who are very much in love. Unfortunately, Kirti’s father wants her to mary Gamache, a nobleman. As Don Quixote and Sancho Panza arrive in the village, Don Quixote wonders if he has found his lost love in Kitri. Eventually Kitri and Basilio are aided by their friends, Espada and Mercades, to get out of town. Everyone else, of course, follows.

The second act takes places in a gypsy village where the lovers take refuge. Don Quixote and Sancho Panza find the lovers. Don Quixtoe realizes that Kitri isn’t his lost love and that she belongs with Basilio. He also has a vision of his Dulcinea under attack and ends up making his famous stand against the windmill. Later, as he sleeps, he had Don Quixote has a dream in which he dances with Dulcinea and maidens. Eventually, Kitri’s father and nobel suitor show up and Basilio commits a fake suicide to show his love. Kitri begs Don Quixote to let her wed the corpse and when Basilio springs back to life, Kitri’s father and Gamache realize where her heart lies.

The third act returns to Sevilla for the wedding of Kitri and Basilio and also has Don Quixote and Sancho Panza bidding the villagers farewell as they continue on their quest. 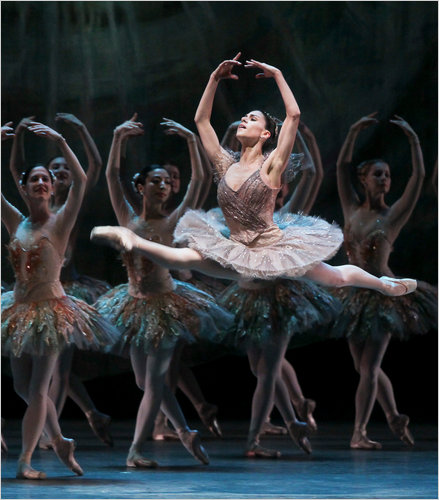 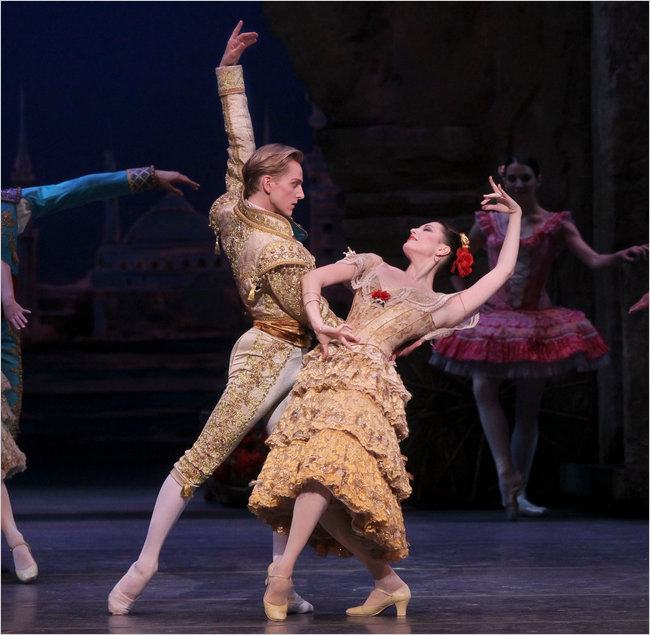 This was a delightful second ABT experience. It was incredible to see the elaborate choreography play against the impressive scenic design. We got to see ABT principal dancer Gillian Murphy in the role of Kitri and she was sublime and she showed both a playful and romantic side. Basilio was ABT principal Cory Stearns, who was extremely powerful while also being amazingly graceful. The two were beautiful to watch together.

I also loved the second act in the gypsy village. The gypsy choreography was more gritty than the dancing in Sevilla. Watching the gypsies dance their style as Kitri and Basilio dance with them was a nice contrast.

We return to ABT on June 4 for Lady of the Camellias.