Things were odd right from the stop of the show when Cat said “This is So You Think You Can Dance” and it only got weirder as two dancers were eliminated after the opening group number rather than at the end of the show.

My first problem with the night is going to seem odd. Usually after the dancers are introduced for the week or after the group number, Voice Over Guy says “This is So You Think You Can Dance. Please welcome your host Cat Deeley.” These two sentences give a certain emphasis that you’re about to see something great… plus, frankly, they give me chills and anticipation. The past two weeks he’s only saying “Please welcome your host…” and it’s not the same.

This past week was also the first elimination of the season. Unlike last season, the first season without a results show, the elimination sequence came at the top of the show right after the opening group number. The energy and flow of the show was disrupted by this. After the excitement of the group number, everything stopped to do elimination rather than keeping things moving with the dances of the night. I saw a tweet from Nigel Lythgoe, head judge and the show’s executive producer, that they’ve heard the complaints from this format change and are going to address for next week. I look forward to seeing what they will do.

Now, on to the dances for the week! Here are my top three:

Nico & Alexis Contemporary choreographed by Stacey Tookey: This was a sequel to season seven’s dance between Robert and Kathryn where she went off to war. Now she’s back and reunited with her man. Nico did some amazing work here, especially at the top of the number when he was on the edge of the stage. These two nailed the chemistry too. Alexis made you forget she’s a tapper by training. 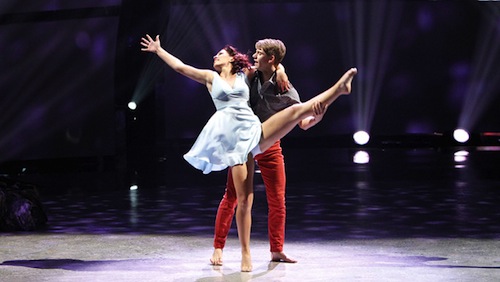 Carlos & Mariah Contemporary choreographed by Stacey Tookey: Another amazing piece from Stacey for the night and both of these dancers did great. I’m stunned that Mariah, a hip hopper, so easily transformed into a beautiful contemporary dancer here. And Carlos, so sad he was eliminated because he nailed this piece. 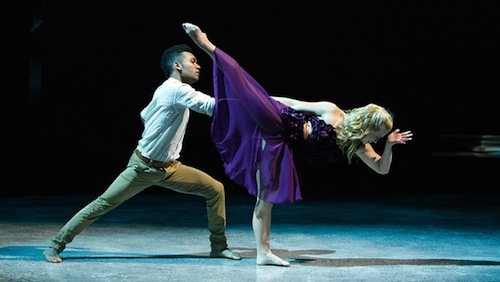 Alan & Jasmine M Tango choreographed by Miriam and Leonardo: Incredible choreography. I love intricate tango and this loaded up on the lifts and leg work. Both dancers were stunning in both performance and chemistry. 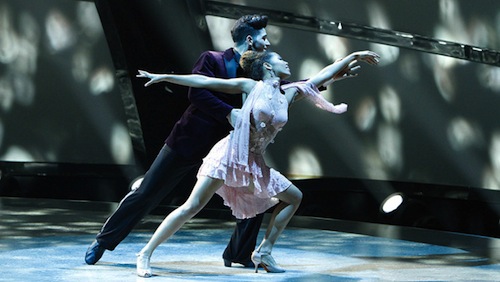 And my bottom two:

Jade & Malece Bollywood choreographed by Nakul Dev Mahajan: I’m sad Jade got stuck with this as this won’t really help him get out of the bottom three he was already in this week. It’s a tough dance to have to pull so early in the season. It was an okay dance, and Malece made the most of it.

Paul & Makenzie Jazz choreographed by Sean Cheesman: This was okay. The only reason it’s bottom two is that it was simply one of the least engaging numbers of the night. Paul and Makenzie did a fine job with it, it’s just a matter that the bar is raised so high this season.

Here’s a quick rundown of the rest of the dances in the order they were performed:

Curtis & Hayley Jazz choreographed by Ray Leeper: Loved Hayley in this dance. She was slinky, sex and embraced her character completely. Curtis did a good job here, but sometimes he lost his “bad boy” character. Some of his moves also didn’t seem fully extended.

Aaron & Jasmine H Lyrical Hip Hop choreographed by Napoleon and Tabitha: I loved this and it nearly made the top three. NappyTabs gave some complex choreography and these two nailed it along with their characters. This was smokin’ hot and these two continue to be a favorite couple.

BluPrint & Brittany Broadway choreographed by Spencer Liff: Brittany was dazzling in this number. If this had been her first number she might not have been eliminated this week. BluPrint did a great job since this is so far away from his animator style. It wasn’t perfect on his part, but it was more than serviceable.

Fik-Shun & Amy Hip Hop choreographed by Napoleon and Tabitha: Amy did a great job keeping up with Fik-Shun, who was dancing in his style. This was a fun number and showcased them both great.

Tucker & Jenna ChaCha choreographed by Dmitry Chaplin: I loved Tucker in this. The style fit him so well and he seemed to have a good time with it.

For the elimination, while it was disappointing to lose Carlos and Brittany, I’m not sure who I would’ve chosen to eliminate over them. Everyone is so strong this season in terms of personality and dancing that I think all the eliminations this season are going to be difficult.