“Hat Trick” has a Publisher! 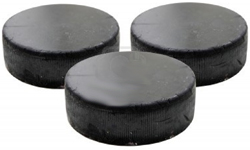 It’s been an incredible week!

On Sunday I submitted Hat Trick, the novel formerly known as Neutral Zone, to a publisher. The submission included the first three chapters as well as a synopsis that outlined all of the chapters.

On Monday I got a request for the rest of the manuscript.

On Thursday I got an acceptance email along with a contract, which will probably be officially signed at some point next week.

The current schedule is for Hat Trick to be published by Queerteen Press in September.

It’s going to be a busy summer as I’ll be working with the book’s editor to get the manuscript ready for publishing. Figuring out the cover and honing the blurb is also critical. There are promotional things to figure out too so that the book gets maximum exposure.

I’m ecstatic that the story of Simon & Alex is on it’s way to print. The story originally came into being during National Novel Writing Month 2006 (you can read the entires documenting the writing here: entry 1, entry 2, entry 3, entry 4). While the novel’s structure has changed radically since that first draft, the basic plot  remained. Even some of the original scenes are still in the final version, just much more polished now. The story will be just shy of its seventh birthday when it’s published.

It’s been a long time, and a lot of work. It’s all good though since the story will make it to an audience larger than the handful of beta readers who have helped me polish it.

Stay tuned… much more to come on this over the next six months!