I’m excited to welcome a member of the Dirty Dozen to my blog as part of the blog hop. Let me introduce to you Diana Copland! Diana is another of the featured authors headed to GRL in October. Let’s find out how she answers the questions the Dirty Dozen posed. Don’t forget there’s a chance for you to enter to win prizes too.

Take it away Diana! 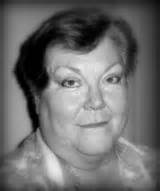 What inspires you most when you are writing?
It’s never the same thing. It can be a song, or a photo. Someone standing in line in front of me at the grocery store, or crossing the street in front of my car. And once inspiration strikes, it sticks with me from the start to finish of the book in question.

What brought you to write m/m? What keeps you writing in this genre?
What brought me in to begin with was fanfiction. I happened to stumble across a ‘slash’ fic based on a series of books I loved, and I was hooked. And what keeps me writing in this genre is something Dan Skinner, the photographer and brilliant writer, has said. I want to see m/m romantic fiction normalized, for it to be as valid as any other. I have really good friends who have been together for over thirty years; the fact that it’s two men shouldn’t make it any less of an accomplishment. 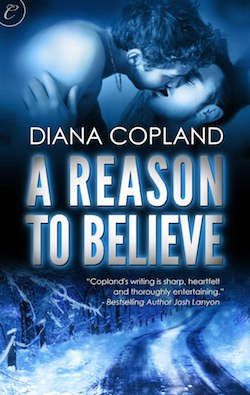 Of all the characters you’ve written, who is your favorite and why?
Oh, man. That’s hard. I guess I would have to say Kiernan from A Reason to Believe. He’s got this quirky, indomitable spirit (Ha!) that really appeals to me. He’s taken something everyone else considers on the edge of really weird (seeing and being able to communicate with the dead) and deals with it with humor and compassion. And he’s funny. I’m always attracted to funny.

Many of us have pen names that we use and there are an infinite number of ways and reasons behind them, but I doubt many of them reflect the names we wish we’d been born with. If you could micro-manage the ultimate do-over, what birth name do you want? What nickname?
This is an interesting question. Hmmm. I’ve always loved the name Cassandra. And I’d really like to be a Cassie. Much better than my actual name, which my brothers figured out early could be shortened to B.J. Once I figured out why that was funny, I made their lives as miserable as I could. In retrospect, it seems sort of providential though, doesn’t it?

Name one unusual fact about yourself that you think your readers would be surprised to learn.
I spent more than twenty years building floats for the Tournament of Roses parade. I worked for several of the float companies, working my way up from Art Department grunt to Art Director. Some of my fondest memories were made in the ‘float barns’. Or tents, as was the case several times. Huge special event tents. Those were chilly years!!

What do you do that most injures the progress of your writing, and why do you do it?
Social media. Facebook is my downfall. The reason I do it is because I’ve made so many dear friends there, I can’t imagine not checking in on them. I have to be self-disciplined about it, though, and I’m not terribly self-disciplined. I’m a work in process.

If you had to trade writing for another creative pursuit, what would it be?
I’d paint. I draw and paint occasionally now, but if I couldn’t write I’d do it more. I don’t think I’d do commissions, though. My art paid the bills for years when my kids were young. I’d only draw or paint what I wanted. I look at Paul Richmond’s ‘War Paint’ series and think, THAT would be fun.

In one sentence, write the beginning of a sex scene using some kind of food. Think of it as your hook.
The watermelon juice spilled from the corner of Brett’s mouth to his collarbone, then slid slowly down his golden skin until it crept onto his copper colored nipple, and the thought of licking it away made Cody harden abruptly in his swim trunks.

Name one of your favorite characters of all time that someone else wrote. Can be M/M or any genre.
I love Josh Lanyon’s Adrien English. What I like most about Adrien, I think, is that he isn’t perfect. He makes mistakes, he has physical frailties. But he never gives up. There is no quit in him. And when he falls in love with Jake Riordan, another character I love, he falls unequivocally. He may have another relationship after Jake breaks it off with him, but he never stops loving him. I also think Josh’s characters are some of the most fully realized I’ve ever read. They seem like they should be able to walk off of the page. I admire Josh’s skill so much. 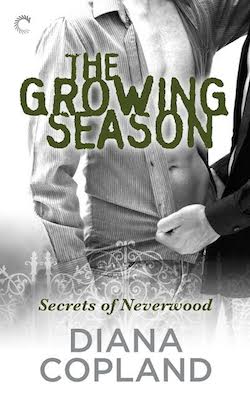 If you could be one of your characters, who would you be and why?
I think I’d be Audrey Rasmussen from The Growing Season. I find something really compelling about being able to be a mom, even after death. I relate to Audrey. She fosters gay boys during her life, and continues to watch over them, even after she loses her battle with cancer. I hope I’m able to do the same with my kids. Just not in a way that freaks them out!

How many versions of a book do you usually write before you arrive at ‘the one’, and how does your editor impact that?
It depends on the book, but my stuff rarely ends up the way it started. For instance, The Growing Season underwent a major re-write. And my editor is absolutely the reason the books I write are readable. Her name is Deb Nemeth, and she is amazing. If A Reason to Believe and The Growing Season are books people enjoy, it is ABSOLUTELY Deb’s influence. She has amazing instincts, and I’m learning to trust her implicitly. It hasn’t been easy for me; when people make suggestions about changes to something you’ve written, it’s a bit like them saying one of your children is funny looking. No matter how gently it’s done, it stings. But then if you’re going to survive in this business, a thick skin is essential. I’m working on developing one.

If you came with a warning label, what would it be?
“Rabid gay rights ally; if you’re a bigot, proceed with caution.”

Diana Copland began writing in the seventh grade, when she shamelessly combined elements of Jane Eyre and Dark Shadows to produce an overwrought gothic tale that earned her an A- in creative writing, thanks entirely to the generosity of her teacher. She wrote for pure enjoyment for the next three decades before discovering LiveJournal and a wonderful group of supportive fanfiction writers, who encouraged her to try her hand at original gay fiction.

Born and raised in southern California, Diana is a USC Trojan football fan. She moved to the Pacific Northwest in 1995 after losing a beloved spouse to AIDS. She lives in Spokane, Washington near her two wonderful adult children and her beloved ninety year old Dad.

Here’s where you can find Diana on the web: