“Flipping For Him” Coming This Month

After a month of working with designers on the cover, I’m pleased to reveal the cover for Flipping for Him, which is slated to release the week of February 16 across all the usual ebook retailers with the paperback to follow this spring. Here’s the cover, which I think is beautiful and captures elements of the story very well. 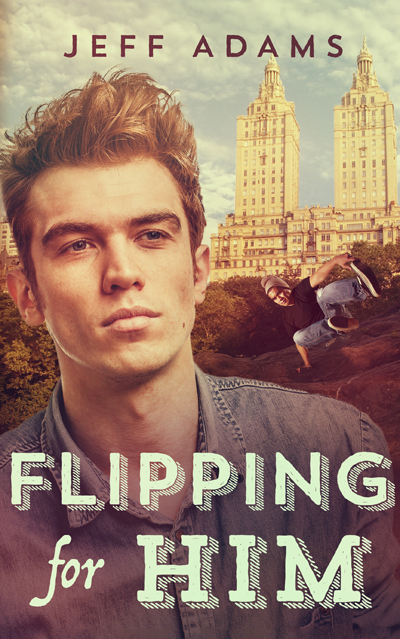 This was designed by Sylvia Frost from sfrostcovers.com as part of a cover contest I ran at 99designs.com. Those of you who may have voted in one of the cover polls didn’t see this one. It came in at nearly the last minute, but it ultimately captured me as the cover for the book. Selecting the cover wasn’t easy either. Sylvia had a cover in the running before she submitted this one, and three other artists had covers that I loved. It was awesome to have such solid work to chose from.

Flipping for Him is the first book that is being released by J&W Books, an imprint that Will and I are starting to publish some of our works. I’ll continue to publish though other publishers as I have been, but I’ll also self-publish from time-to-time as well.

You can learn more about Flipping for Him, including a sneak peek at a portion of Chapter 1, on its book page.
[callout]
[icon set=’1′ id=’94’ title=’Sign Up for Email Updates’ link=”http://eepurl.com/7TJC9″]
My email updates give you the latest about upcoming releases, access to exclusive excerpts, news about events and giveaways and might even point the way for a great book by another author. Sign up is easy and you’ll only get one or two emails per month. See the email archive to see what you’ve missed.
[/callout]