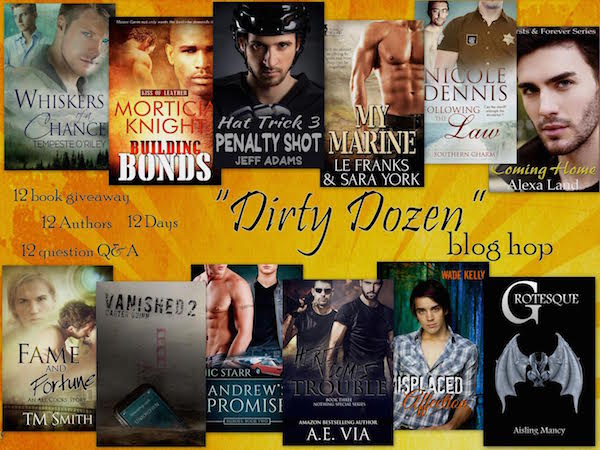 GRL is coming up in just a few weeks and the Dirty Dozen are back for another year. The Blog Tour asks the same twelve questions from twelve authors and you get to see the wildly different answers that come up. Plus, at each stop, if you leave a comment, you’ll be registered to win a prize package that includes an ebook from each author.

Hope to see you on the tour!