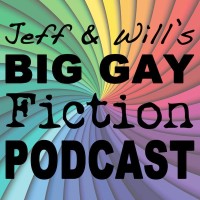 This week on the Big Gay Fiction Podcast, Will and I answered the Question of the Week, which came in Gillian. She asked “What are your favorite romance tropes, and why?”

For me it’s stories about athletes. I think this stems from the fact that one of the first books I read with a gay main character was Patricia Nell Warren’s The Front Runner. Published in 1974, it’s the story of a Olympic long distance runner who falls in love with his coach. It’s an amazing story and one that I recommend everyone read as it’s one of my very favorite books.

During the 80’s while I was a teenager, well before I was out (even to myself), the idea of a gay, male athlete was unheard of, unless it was a sport like figure skating or something else that was considered less than masculine. Even in the early 90s when when I read The Front Runner, there were few male athletes you could point to as an example. Today, of course, much has changed. Still, in the hyper masculine sports world, it takes a lot to be out.

It’s interesting to read a story involving gay athletes because the falling in love aspect is rarely easy for them, even in today’s culture where they can legally get married. Books from authors like Sarina Bowen, Cassandra Carr, Stephani Hecht, T.A. Chase & Devon Rhodes, as well as my own Hat Trick trilogy, show those struggles and fears, and some of the consequences the athletes can face while finding love.

So what’s your favorite trope? Leave me a comment and let me know.

You can listen and subscribe to Jeff & Will’s Big Gay Fiction Podcast anytime on iTunes, Stitcher, PlayerFM, YouTube and at BigGayFictionPodcast.com.