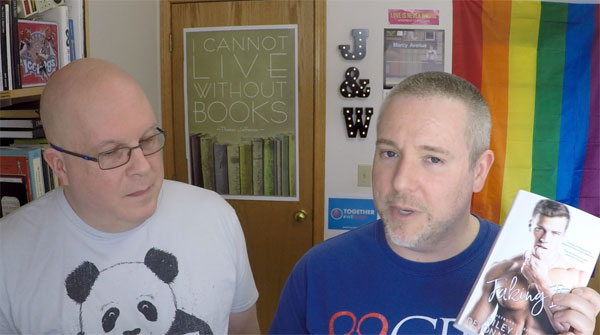 I’m constantly amazed with the people I get to talk to because of the Jeff & Will’s Big Gay Fiction Podcast. This week Trish Barnaby is on the show. Trish has written as J.P. Barnaby since 2009. This month she released Sophie, which is the last book in the Survivors series.as well as the last book that she’ll pen as J.P. As I mentioned in the intro to the interview and in the interview itself, Trish has been someon 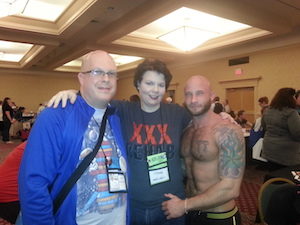 e I’ve looked up to as an author since I first met her at GRL in 2013 (the picture on the right is from that GRL–me and her and a model from one of her book covers). She was an amazing presence and had such devotion to this genre’s authors and fans. If you needed something, she’d help make it happen. On top of that, she gives of her time and money to help LGBT youth, making her an even more amazing person.

As you’ll hear in the interview, J.P. is being retired because Trish has found happiness and can no longer channel J.P.’s pain to write the survival romances J.P. is known for. It’s always great to hear when someone finds their happy. I wish her a lifetime of it! I enjoyed talking to her about that, and what it’s like to find the end of the road for J.P.

Tune in to episode 76 for the complete interview with this incredible woman.