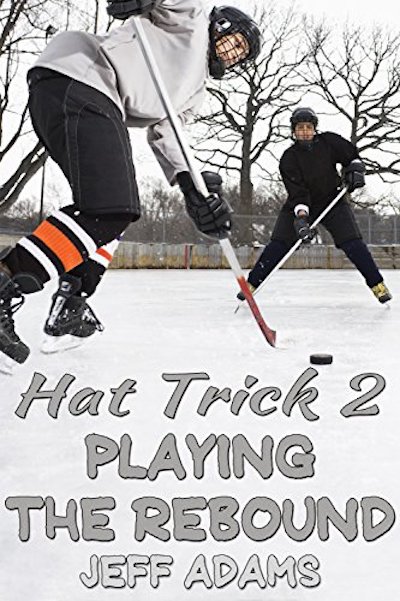 The events from two years ago are still fresh in Simon Robert’s mind as he and Alex Miller begin their sophomore year at the University of Michigan. Nightmares are a routine occurrence as Simon relives the crimes his father and brother committed. Now, with his father ill and asking to see him, Simon must decide if he should see the man who tried to send him away to be fixed. And then there’s Zach. Simon’s conflicted about making peace with his older brother who tormented him as they grew up and caused him to be outed to his parents, friends and teammates.

Alex wants Simon to find closure, but Alex is furious at the thought of forgiving Zack. With no clear direction, Simon finds guidance from an unexpected, but very welcome, source.

At the same time, the University’s student body is faced with an anti-gay attacker among them. When he witnesses an attack first hand, memories threaten to overwhelm Simon. At the same time, he’s also emboldened to take action, which might turn him into a target.

Despite the distractions, Simon works towards his future as he begins working with teens at the local LGBT community center. He has the opportunity to use his story as a teaching tool to help others come out. While he’s never enjoyed telling his story, he looks for the courage to speak his truth to an audience.

Luckily, not everything is chaos. Simon and Alex mark their anniversary in epic fashion, continue to play hockey and hang out with good friends. But with many demands on them, can Simon and Alex set up the rebound necessary to create the scoring opportunity for their future.

“The story of Simon and Alex was compelling and well thought out, had good depth and characters that I could relate to, even if I am not a hockey fan.” — Jason, Joyfully Jay

“And be sure to look for a couple of surprises that help put to rest some horrible things that happened. This is a really well written and befitting second novel in the series. Love is in the air!” — jonboy, Amazon.com

“I had been looking forward to reading Hat Trick 2 since finishing the first Hat Trick book earlier this year. After the wait, I was not disappointed.” — Yankee Doodle, Amazon.com

Water poured over my already wet body. My clothes were soaked, and cold. I jerked from side to side but the ropes binding me to the chair held fast. The cloth stuffed in my mouth kept me from calling for help. All I could manage were muffled screams.

The voice sounded far away. I couldn’t see. Something covered my eyes. I sat rigid, my arms tied behind my back and my legs lashed to the base. There was little chance for leverage, and struggling against the ropes only made them tighter.