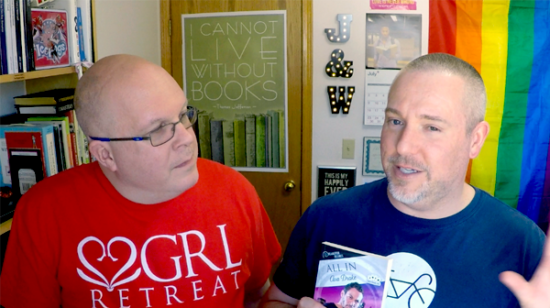 Jeff announced that Tracker Hacker, the first book in the Codename: Winger series is on pre-sale ahead of its October 17 release date. Christina Pilz joins us as part of the 2017 GRL Blog Tour. She talks about her series of historical m/m romances and offers up a giveaway. I review All In by Ava Drake and Jeff reviews the audiobook of Marshall Thornton’s Femme, which is performed by Joel Leslie, as well as the ebook of TJ Klune’s Olive Juice. We also discuss the screenings we attended while in L.A. at OutFest, Something Like Summer and EastSiders Season 3: Go West. All this and more can be found at the BigGayFictionPodcast.com!