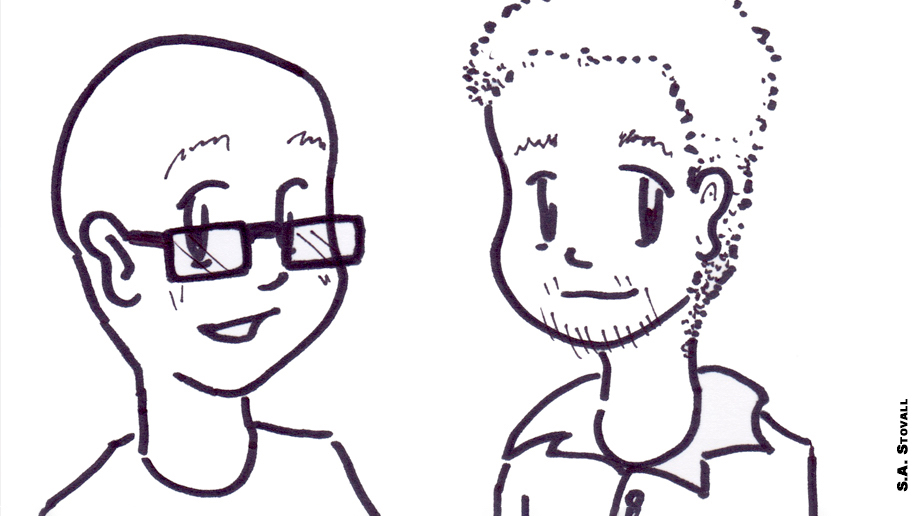 In recent news of LGBTQ TV development deals, Casey McQuiston’s Red, White & Royal Blue will be coming to Amazon and a Love, Simon series will be making its way to the Disney+ streaming service. Jeff talks about seeing The Lightning Thief: The Percy Jackson Musical.

Jeff and I discuss our trip to the LA Times Festival of Books. We also share the interviews Jeff did at the festival with Julian Winters, Kim Fielding & Venona Keyes and S.A. Stovall. Julian talks about his upcoming book How to Be Remy Cameron. Kim discusses her Stars in Peril series and Venona also tells Jeff about her co-writing with Kim. S.A. gives the origin story of her Vice City series and how she uses caricature to encourage people to read the first chapter (she also did a super cute caricature of us).