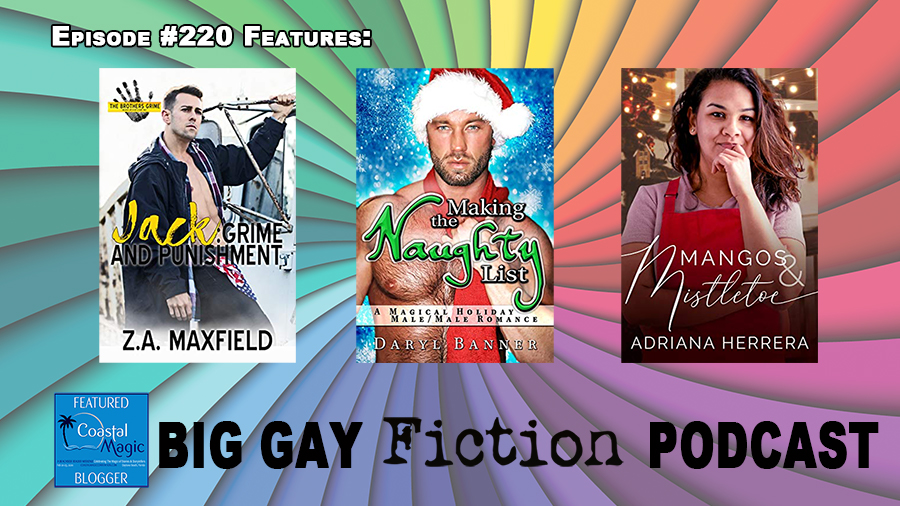 We wish everyone a very happy holiday week before getting into this episode’s installment of Romance Revisited.

Jeff reviews the new movie, Cats. We talk about the Netflix original film Let it Snow. The final holiday books of the season are reviewed as I discuss Daryl Banner’s Making the Naughty List while Jeff looks at Mangoes and Mistletoe by Adriana Herrera.

Coastal Magic Convention Featured Author Z.A. Maxfield talks to Jeff about the upcoming installment in her Brothers Grime series as well as the sequel to Home the Hard Way. They also talk about her story in the Footsteps in the Dark anthology as well as what else she’s got planned for 2020.