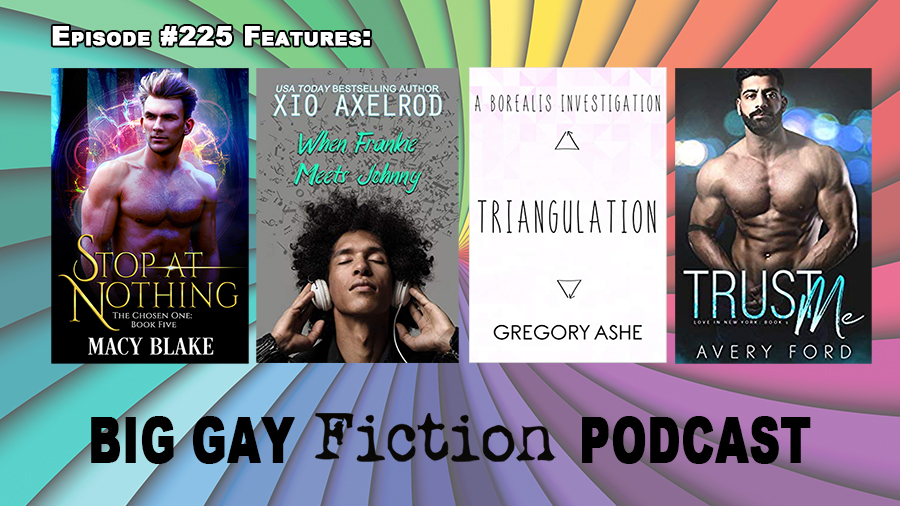 Jeff mentions the books he released last week. We talk about some TV we’ve been watching, including EastSiders: The Documentary and 911 Lone Star. We also mention the sneak peek they got of Charlie David’s GRL documentary (it’s truly wonderful) and Jason T. Gaffney’s new project at Dekkoo.

Jeff reviews When Frankie Meets Johnny by Xio Axelrod and Triangulation by Gregory Ashe. I review the first two books in Avery Ford’s new series, Trust Me and Believe Me.

Macy Blake talks with Jeff about The Chosen One series, which has its finale on February 4 with the release of Stop at Nothing. Macy also shares her plans to continue writing in the Chosen One universe, how much fun she’s had with it and what its earliest origins were.