Quick Review: A Cousin to Kiss by Geoffrey Knight 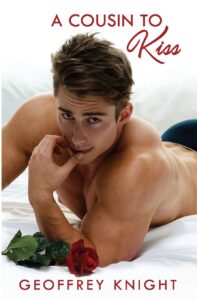 A Cousin to Kiss by Geoffrey Knight

Oliver and his cousin Caleb were inseparable growing up. While attending his sister’s wedding, Oliver is unprepared for the visceral reaction he has seeing his cousin again after all these years. When he receives a note written by his beloved late aunt April, she advises him to be brave and bold with his love.

Caleb received and identical note. Now that the two of them are face to face again, they can no longer deny their attraction. They sneak away to a spare room and are finally able to express the deep unwavering love they feel for one another.

Later, while making a toast to the bride and groom, Oliver references great aunt April’s sage advice. Once you’re brave, bold, and honest with your heart, there’s nothing holding you back from true love.

A Cousin to Kiss is available in both ebook and paperback formats.