The Power of Jerseys

I had no idea that jerseys carry such power. In some previous post, you’ve seen the rather sad looking gray jerseys that the Ordinals play with (see the “Ordinals Hits 50th Game” post). This was a good way to go as the team was starting out and it wasn’t clear how long we would last. This week, Steve, John and I cooked up a pretty hot looking new Ordinals jersey (Ordinals 2.0 we’re calling it). I announced the jersey in the lineup email this week and more than half the team responded to ordering one within 12 hours—I don’t get that kind of response when I’m doing the weekly roll call! And everyone’s commenting on how good it looks too. Hopefully we’ll have them within the next month or so and we’ll look hot on the ice too!

Here’s a look at the jersey mockup. 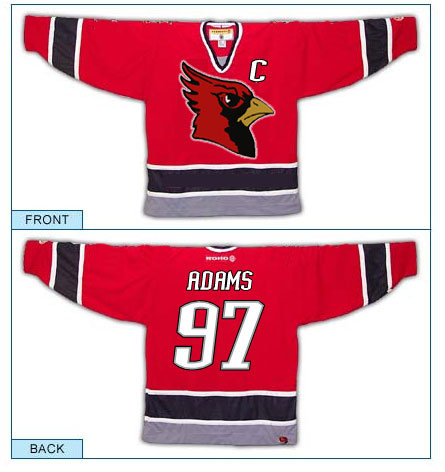 In other jersey news, and once again proving the power of jerseys, I picked up one of my Wizards jerseys I’ll wear in Montreal. Also a very good feeling getting that and knowing the games are just three months away.