Last week the Ordinals won 4-3 in overtime… this week it was exactly the opposite, we lost 3-4 in overtime. We played a good game during regulation for the most part. We still fall into some of our typical traps: slowing up in the second period a bit, gliding when we should be skating hard and not fully covering the defensemen on the points in our defensive zone. On the upside of last night, I ended up playing wing because we had someone pull out at the last second and I actually scored! Yay!

The Storm was off last night, but I do have this pic of our team from our opening game… gives you a look at these sky blue jerseys we’re wearing. 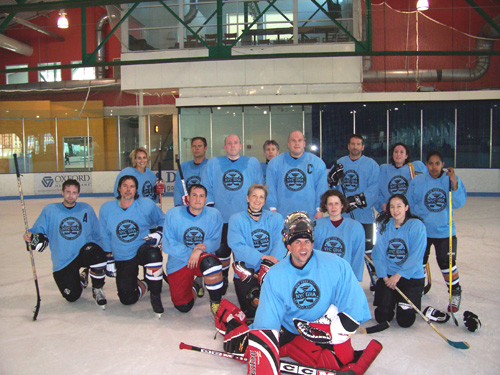