I wrote on Monday that I really wanted to hear my name over the rink PA system and today I got it twice! In the first period I scored the Wizards’ first goal of the Outgames and got to hear “Wizards goal scored by number 97 Jeff Adams assisted by number 8 Kevin Battistelli and number 64 Jeff Kagan.” The second announcement was for an assist for Jeff Kagan’s goal in the second period. We won today 4-1 and picked up 7 of the 8 points for the game (we ended up and tied the second period, but we won everything else).

We have enough points that we are for sure into the semi-finals on Thursday, no matter how we do tomorrow. Although we’ll definitely be looking for a win over Toronto. Game time is at 10am!

Here are a couple sights from today’s game. 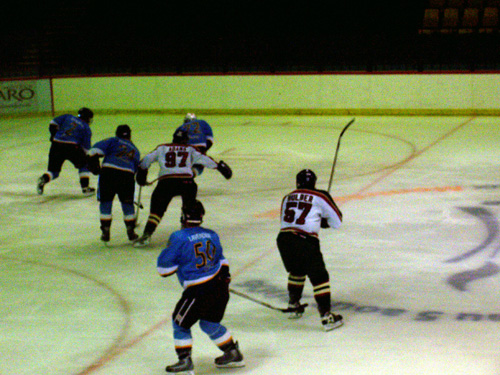 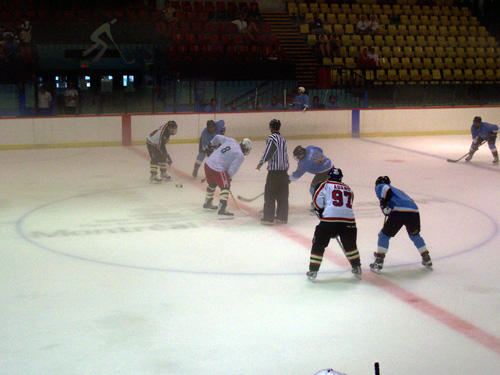 And with it so hot and humid out today, there were some serious fog issues on the ice. You can see how fuzzy it gets from where I am on the right side to where Kagan is on the left. We even had to skate circles around the rink between the second and third periods in an effort to break up the fog.