We are watching a lot of pool sports while we’re here for some reason. Today it was off to Water Polo and some of the finals there. I’ve no idea the rules of the game, other than you need to score goals, but it was still fun. We watched a couple of matches, one that was really close, which just added to the excitement. I was pulling for teams that I didn’t even know who they were, except they were working so hard to stay in the game. 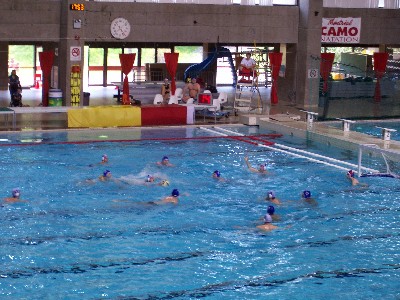 In the same complex they also play Volleyball, so we stopped in on some of that too. I’ve never seen volleyball played with quite this intensity before. 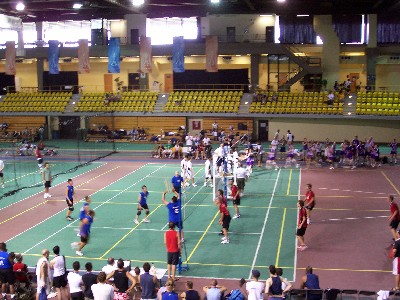 And, in some bonus fun for me, on the way to the pool complex (which was not the Olympic pool we’d been too before, but was actually a place near the hockey rink), we stopped by a place called Canadian Tire, which sounds like an auto store, but is much more like a K-Mart or Wal-Mart, and I browsed through some hockey equipment. I am excited to report that I have finally gotten another pair of Nike Quest 4 pants. These were the second pants I’d ever owned and I loved them, but then I couldn’t find them when I replaced about 18 months ago. Here I found them!!! I promptly threw my tired pants into the trash at the hotel!

Tonight we’re off to the OutSplash aquatic show (it certainly keeps our trend towards being by the pool in tact). Tomorrow it’s Masquerade On Ice figure skating show at 1pm and then the Closing Ceremonies at 4pm. It’s our last night in Montreal tomorrow… it’s been a great trip and I’m sure tomorrow will bring everything to a perfect ending.