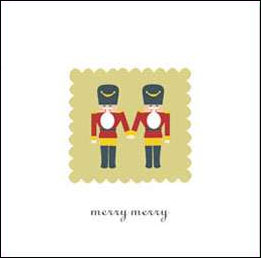 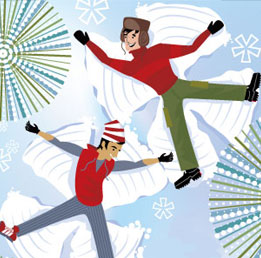 It’s hard to believe (and cliched to say) that 2006 has zipped by so fast. To already be writing Christmas letters, addressing holiday cards and doing all the shopping just seems odd. At least it has finally gotten cold, although perhaps a little too cold for it just being December. Yesterday morning it was 18 and with the wind chill it was only 2.

This year was a very busy year for us. In February, Jeff was down in Alabama for a week helping his mom move into a new house. It was his first time back there in 10 years since for the years we’ve lived in New York, his mom has preferred to come visit here. His mom bought a very nice garden house on the opposite side of Tuscaloosa from where she was living. Not only was it a good time helping with the move (Jeff is an odd person who actually likes the packing and unpacking) and seeing his mom, but Jeff caught up with some friends he hadn’t seen in a decade or more. The biggest issue around that trip is that while he was there, a huge snowstorm hit the city and he missed it — and to taunt him it snowed for about 30 seconds in Tuscaloosa while multiple inches were falling here.

Spring brought Will’s parents to town, as well as a day visit from his sister and her husband. Will took them around the city for the sites (including up to the Cloisters); they saw a few Broadway shows, went to Madame Tussaund’s Wax Museum and spent most of a day at the Metropolitan Museum of Art (it was the first time we’d been there as well). It was a good week. It was the first time Will had seen his parents in about year, the last time being when we went up to Boston last year for a wedding. During the trip, Will’s father also brought him a gorgeous handmade letter opener that his dad had been working on for a few months. 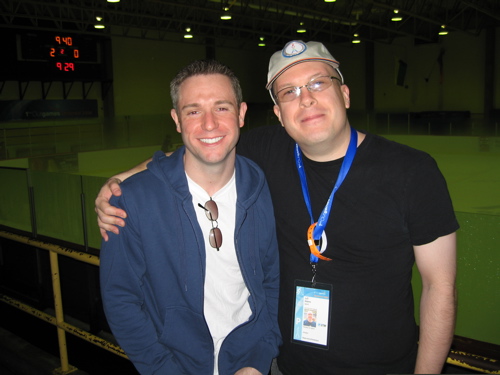 Summer was busy for Jeff on the hockey front. The NYCGHA board was invited to Mayor Michael Bloomberg’s LGBT BBQ reception, which was quite an honor. Jeff actually got a photo op with the Mayor and got to enjoy the party at Gracie Mansion. At the end of July, we travelled to Montreal where Jeff played with the Wizards in the 1st World Outgames. The Outgames trip was amazing, not only was it our first trip outside the country, but it was the first time Jeff had travelled outside NYC to play hockey too. He had been training hard hoping he could get on a team to make the trip and he was thrilled at the beginning of the year with the Wizards captain asked him to join the team for the games. The Wizards lost in the semi-finals, but we still played 6 games in 5 days, and Jeff did score in one of the games. Montreal was a great city too and we enjoyed checking out the city as we made our way around the different sports venues. All-in-all it was an amazing week.

We stayed busy into the fall too. Will kept cranking on Cool Cinema Trash all year long. The website turned three right around Thanksgiving and in that time he’s written more than 50 reviews. We did take another trip outside the city, going up into the Hudson Valley and checking out Kykuit, the Rockefeller Estate. It was a beautiful fall day, perfect for the three hour tour of the house, the art collection and the gardens. It was all quite beautiful.

In November, we both took on the challenge of National Novel Writing Month. The goal is to produce the first draft of a novel, at least 50,000 words, within the month of November. To do that, you basically have to ensure that you write at least 1,667 words per day. It was a frantic month, Jeff gave up going to the gym for most of the month so he could get his words done before work. By the end of the month, Jeff had competed the challenge with just over 52,000 words. Will fell a little short, but had a good time giving it a go nonetheless. We think we will both do it again next year. We are also going to take our first drafts and turn them into second drafts.

A pretty good year all around, right?

We hope all of our friends and family (and website readers) had a great year too… and of course have a Merry Christmas and a Happy New Year!