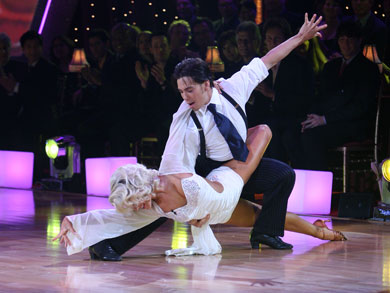 I got some of the eliminations wrong along the way, but Apolo Anton Ohno came out on top of
Dancing with the Stars last night. I have to admit, I didn’t love his freestyle routine as it was a little too hiphop for my taste, but the other dances of the finale where spot on for him.

Even though I picked Apolo to win from the outset, I wouldn’t have been displeased (other than from an ego point of view) if Joey or Laila had gone home with the disco ball. Joey’s cha–cha in the final was didn’t have enough content, but his freestyle was great. Laila meanwhile had an awesome paso, but then underwhelmed with her freestyle.

All-in-all it was a great season… already looking forward to the fall when it will start all over again!