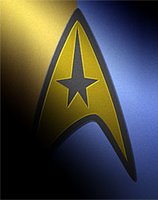 J.J.’s Trek: A bit of news came out this week about the casting for the reboot of the Star Trek movie franchise. It’s been known for a while now that J.J. Abrams, mastermind behind Alias and the best of the Mission: Impossible movies, is taking over the series with his eye on a December 2008 release. He told the audience at this week’s Comic-Con that Heroes baddie Zachary Quinto will play a young Mr. Spock. What little is known about the new movie is that it is supposed to show the first meeting of Kirk and Spock while they were at Starfleet Academy. Also announced: Leonard Nimoy will also appear in the film as an older Spock and that it’s expected that William Shatner will be on board for an older Kirk. No word yet who the young Kirk will be.

Happy Anniversary, Lance: This week was also the anniversary of Lance Bass’ coming out. He had this to say on his blog (I picked up this quote from Towleroad): “If you are having trouble being yourself , and are scared to tell someone you are gay–find that loyal friend, family member, or even hotline and tell someone. All it takes is to tell one person and the ball starts rolling. You will get great advice and and be so much happier. Or, if you have always wanted to ask that family member or friend if they were gay.. do it now…. in a very positive and private way , tell them it is ok and you will always be there no matter what. Sometimes its easier for someone to just flat out ask you. To build the courage to say it sometimes takes years.” Great advice, Lance.

Tourists & Tour Buses, Oh My! Gaggles of tourists everywhere! I swear there are more tour buses in the city this summer than any other. Buses seem to line the streets down here, letting tourists off to meander around lower Manhattan while guided by people holding umbrellas, flags or (my favorite) Star Wars light sabers high so that no one gets lost. These buses are in addition to the double-decker buses that haul people around to look at the sites. Sometimes I fear getting caught in a tourist stampede! 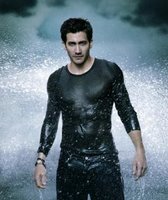 Half-way done: My read of Harry Potter continues. I’m just about half-way and have so far managed to avoid spoilers. I’m in good company. I see people every day on the subway reading the book and they seem to be in just about the same place I am.

Four days to Rent: Yay! Just a few days left to go before I can immerse myself in Rent for the first time in a couple years…