This Wirter’s Life – The Non-Writing Edition 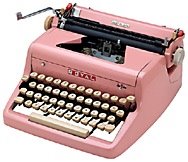 Well, it’s been quite some time since I’ve mentioned any writing projects. The reason for that is that life has gotten in the way in one form or another since early June. I didn’t write in June primarily because of a back injury. It hurt really bad, but after two doctor visits and a series of x-rays, the pain went away as mysteriously as it arrived. Also, TCM had it’s Gay Images In Film festival. Being the amateur film scholar that I am, I had every intention of watching every movie in the festival. I soon realized that 12 to 16 hours of programing a week was just too much for any normal human to handle. I watched some of it and sped through most of it (thank God for DVR). The first week in July I got a nasty head cold. Being sick in the summer just plain sucks and writing was the last thing I felt like doing. At the end of the month I was also called upon to perform my civic duty i.e. jury duty. I just finished up a weeks worth of jury service. The trial was at times mind-numbingly dull, at others mildly interesting. But in the end I feel pretty good about the process and our verdict. With all that behind me I’m truly looking forward to getting some creative stuff done. I recently updated my home office with some new furniture/bookcases and can’t wait to get to work in my plush new diggs!