Make a Scrapbook Out of the Web

I know some pretty cool people. I met Ilio when he was working at The Princeton Review a few years ago and he’s one of the few people I’ve stayed in touch with after they’ve left the company. These days he’s working for Oxygen, yup.. the TV network. But he’s doing some decidedly non-TV stuff there. He’s making some pretty nifty web software. He emailed me last week to check out the beta version of Ript. As he put it to me in that email, “Ript was born from the idea that there should be a way to “rip” images and text from the web and your computer as easily as you can rip ideas from your favorite magazines. The act of ‘ripping’ in the virtual world should be just as simple and satisfying.”

I have to say it’s pretty freaking cool! Being the Renthead that I am, I headed over to the Rent website and ripped away, quickly creating this scrapbook-style page. 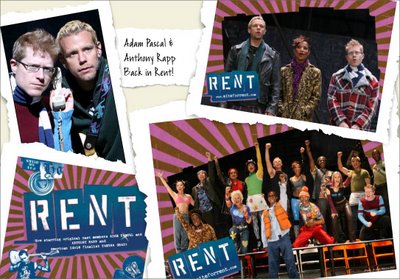 If you feel like making some cool things like this, or want an easy way to pull stuff off the web, give Ript a try. And, if you use the beta, make sure to hit the feedback part of the Ript website and let Ilio and the team know what you thought of it.