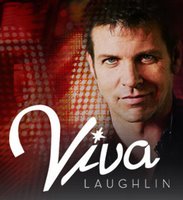 Viva Bad: We watched the first 10 minutes or so of Viva Laughlin Thursday night after CSI and then went to bed, hoping that the show would improve as we finished off on the DVR. We did make it through the pilot, hoping for some glimmer of a decent show but that never materialized.

Looking at the musical elements, they just make no sense in how they are being used. Sometimes the actors are singing to track (among the songs used in the pilot were Elvis Presley’s “Viva Las Vegas,” Rolling Stones “Sympathy for the Devil” and Blondie’s “One Way or the Other”), lip syncing to track, or just strutting/dancing to the track. All of this usually happens within the three or four minutes the song plays. I’m all for people bursting out into song (see Pushing Daises just last week), but this just didn’t cut it. Either commit the actors to singing, or don’t.

Sadly, the show’s plot also didn’t make it worthwhile. The guy we’re supposed to care about here is not likable in any fashion. Hugh Jackman, an exec producer on the show, had an appearance as the rival casino owner. He couldn’t save his scene either. We saw Hugh in The Boy from Oz on Broadway a couple years ago. It was a lackluster show, but he was electrifying in it and made that show. I was hoping he’d do the same in Viva, but no. Ultimately I didn’t care about the casino owner rivalry. I didn’t care about the lead’s issues with his family. I didn’t care about the mystery about who killed one of the casino’s investors. Say what you want about Cop Rock, but at least there was a strong police drama there. Here, there’s nothing strong to latch on to.

Clearly, viewers didn’t care either. After 12.6 million people watched CSI, only 5.8 stayed around for Viva. The show airs again tomorrow night in it’s regular Sunday at 8 slot. I think the show will be lucky to see the light of day the following Sunday. Note to CBS: Go ahead and cancel this and get Jericho back. I’ve read it’s 7 episodes are in the can already, so let’s get back to that.

Dumbledore is gay: Hot of the press this morning is the news that Albus Dumbledore is gay. J.K. Rowling let that news out during a Q&A session at a book signing this week (the question asked if Dumbledore ever found true love). Having read all seven books, I have to say that this never crossed my mind. In fact, I’m a bit shocked. You can read the whole story on this at ABCNews.com. 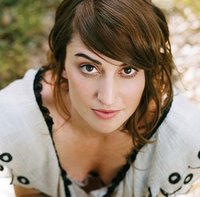 iPod Death Clock: Something fun, and a little morbid, to close out today’s post. Towleroad turned me on to the iPod Death Clcok. You tell it some basic information about your iPod, such as serial number, how often you use it and how much abuse it takes, and it tells you approixmatley how much longer it’s expected to live. My first generation iPod Nano has about 215 days left. Sounds like I’ll be getting a new iPod next Summer.