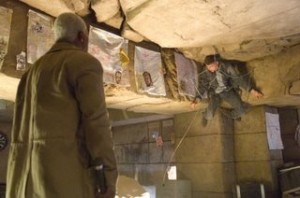 I am very mixed on Jumper. The action and effects sequences were solid, the kind of thing you’d expect from Doug Liman, who produced the three Bourne movies and directed Mr. and Mrs. Smith. The overall story though left too many open questions for its own good.

What we know is this: there are people (unclear how many) who can teleport themselves any place they can see or have seen and they can take people and things with them (unclear exactly what the rules are for the jumping). Jumpers are pursued by Paladins, who have hunted jumpers for thousands of years (mostly unclear as to why, although we’re told it’s that no one but God should have the power they do…also unclear how many Paladins there are vs. how many Jumpers). 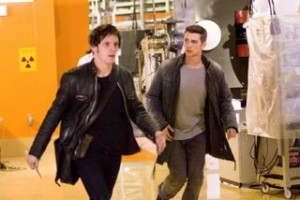 The cast is likable and does a good job. Hayden Christensen is the guy who discovers his power and uses it to live large until a Paladin starts to pursue him. Jamie Bell (Billy Elliott and Peter Jackson’s King Kong remake) is another jumper who is forced to team up with Christensen’s character to try and defeat Samuel L. Jackson’s Paladin. Interestingly Jackson seems to wield some very Star Wars like gadgets and even seems to unleash some Mace Windu-like moves in his fighting. The oddest bit of casting is Oscar winner Diane Lane as the mother of Christensen’s character and a Paladin herself! She’s got less than five minutes of screen time and there is a lot of unresolved business around her character.

It seems like the Jumper team is hoping for a franchise since they’ve held back so much information. Maybe that will happen, but it would’ve been nice to understand more in this installment so I could be a little more invested in it. Or maybe I should just go read the books…