We’re seeing a few shows this month and I can’t wait. 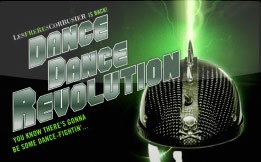 This Sunday, December 7, we see the Footloose / Rollerball combo that is Dance Dance Revolution. I’m not sure what to expect from this show, except I think it will be insanely fun (whether it’s good or bad fun remains to be seen). The show description reads: “Les Freres Corbusier transforms the Ohio Theater into a fully immersive, bombed-out discothèque as we fuse unmerciful Japanese rave music with deeply regrettable sophomoric comedy in this one-of-a-kind, futuristic dance spectacular, Dance Dance Revolution. Riffing on fizzy dance musicals like Flashdance and death sport movies such as Rollerball, Dance Dance Revolution is like Footloose set in the future—but much scarier, and with 50 really attractive, barely-clothed young actors and buckets of free beer.” You can learn more at DanceFreedomForever.com and I’ll post more on this after we see it. 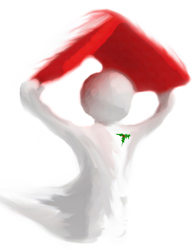 Later that week we head to Carnegie Hall for the first time (yes, it’s true… 10 years in New York and we’ve never seen anything in Carnegie Hall). The New York City Gay Men’s Chorus offers up their holiday concert on Wednesday, December 9. Titled “Celebrate Me Home,” the group says this about the show: “Along with our usual entertaining and varied mix of songs, celebrities, and surprises, we will be paying tribute to the amazing work of PFLAG, the organization for parents, friends and families of Lesbians and Gays as well as the Ali Forney Center which helps provide homes for the up to 25% of LGBT teens who are rejected by their families, and end up homeless on the streets of New York. There will be laughter, tears and inspiring messages of hope, along with beautiful new carols from the Basque country, holiday songs from South Africa, Cuba and the Dominican Republic and traditional favorites like Sleigh Ride, Silent Night and Joy to the World.” And, topping it off, the cast of [title of show] is slated to be special guests. Learn more at nycgmc.org

We top off the month of shows on Christmas night seeing the new Broadway Musical Billy Elliot. The show won raves in London and just opened in New York to raves last month.

I love this movie. It was on Showtime over the Thanksgiving weekend and I watched some of it and it made me delirious happy. The director and writer of the film worked on the musical and Elton John wrote an amazing score, which I’ve been listening to since the London cast album was released a couple years ago.

This should be a fantastic way to spend Christmas night since the story is so uplifting as Billy works to realize his dream to be a dancer despite the difficult times that are around him. Learn more at billyelliotbroadway.com.

I think it’s going to be a great December!