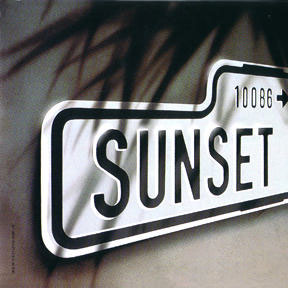 Sunset Blvd hit my radar in the summer of 1993. As it opened in London, I was already interested in the show since it was Andrew Lloyd Webber’s follow up to 1989’s Aspect of Love. Patti LuPone, who was already a favorite actress, debuted the role of Norma Desmond.  So, of course, I bought the cast recording as soon as it became available in the States and fell in love with the lush score.

Sunset came to the U.S. in December with a premiere engagement, appropriately, in Los Angeles. I saw the show there in January ’94 with Glenn Close as Norma and George Hearn as Max von Mayerling. One of my most prized pieces of theatre memorabilia comes from the L.A. production—a poster signed by the entire cast. When I was there they were selling them for Northridge earthquake relief and I was all too happy to contribute.

I am embarrassed to say that I’d never seen the classic 1950 Billy Wilder written and directed film before I saw the musical (I corrected that soon enough and fell in love with the movie as well). The story of the younger journalist given work by the faded movie star who eventually takes over his life and kills him was very compelling. Glenn Close was sublime in the role channeling a silent movie star whose glory days were long gone. She also got to channel some of her Fatal Attraction mojo as she got crazier and crazier as the plot progressed.

The musical was typically Lloyd Webber big. Where Phantom had the chandelier and Cats had the big tire, Sunset Blvd. had a massive set for Norma’s mansion that descended from the fly space and was occasionally suspended over other set pieces so you could see what Norma was doing in the mansion while other scenes played out. The music, however, was anti-Lloyd Webber. The music was much more lush and 1920s than any of his previous shows. Norma had soaring, orchestral, romantic themes while Joe Gillis had a jazzier score.

The show, however, was fraught with backstage battles. Patti LuPone, who was supposed to open in Lodnon and then come to NYC, was let go from the Broadway production and replaced with Glenn Close because Close drew such raves in L.A.  Faye Dunaway was tapped to replace Close in L.A. However, during rehearsals producers decided that she wasn’t quite up to the task and she was let go and the L.A. production shut down.

I saw Sunset two more times during the 2 1/2 years it was on Broadway, once with Betty Buckley as Norma and the last time (and the only time I was able to see it with Will) had Elaine Page in the Norma role. These two filled the turbans quite well. We’ve also got a cast recording from Canada as well where Diahann Carroll played Norma and Rex Smith was Joe. I wish I’d seen these two as well.

Here are a couple samples of Sunset Blvd. First, Glenn Close and the original Broadway company perform “As If We Never Said Goodbye” from the 1995 Tony Awards.

It’s been rumored that Close and Jackman will unite for the much-talked about movie version of Sunset Blvd. That would certainly be cool by this geek.