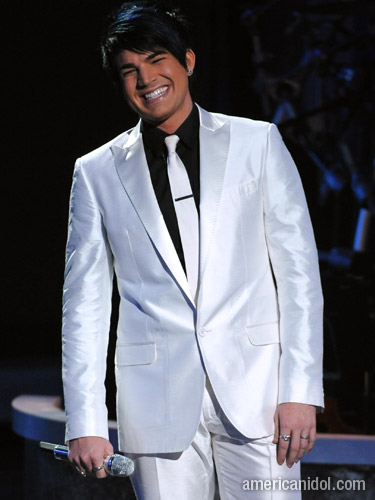 For the first time ever, I watched a complete episode of American Idol. I still believe, with all my heart, that it is the worst thing on television, but I simply cannot resist the megawatt star-power of Adam Lambert. This boy has got IT. His performances rock every single time (check them out, they’re all over the Internet) I particularly enjoy his version of “Feelin’ Good” from Rat Pack night, which Jeff handily downloaded for me last night. *swoon*

Here’s the song that did it for Jeff, Adam’s performance of U2’s “One” from last night’s show.