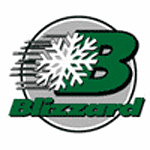 It was great to be back on the ice yesterday after a week on the injured list courtesy of the Memorial Day bike accident. In a coincidence last night both games had 2-1 outcomes with one being a loss in OT and the other coming out a win.

The Wizards started the afternoon going against the Tsunami. We always get a great game with theTsunami–always fun, always tough, always close. Unfortuantley, Tsunami came out on top yesterday in overtime. We scored first but in the third Tsunami scored to tie the game up. That was frustrating because I was on the ice for that goal we just couldn’t get it stopped. It was disappointing. Even more disappointing was that they got a second goal in OT.

Weird call during the game too. One of the Tsunami players backed into me and fell after he hit me. My stick was down and I didn’t shove him. No call was made when he fell. But he got up and shoved me and even though I didn’t retaliate on that we still got matching penalties. Now, if what I initially happen didn’t warrant a call, I don’t get how we both get a call when he gets aggressive back.  I feel like this was a bad call, and the ref certainly seemed to be making it up as he was putting us in the box… I just don’t know.

Second game up last night was Blizzard vs. Scapegoats. Another good game last night. This one was the 2-1 winner. Again I had the unfortunate luck to be on the ice for the one goal against. My D partner was fighting for the puck and I should’ve backed up a bit in case he didn’t win. Unfortunately I didn’t back up and we got burned on a breakaway. Luckily we pulled off two goals after that to bring in the win.

I had a blast playing with Rich. Rich and I have been playing against each other for years and being able to play D together was a lot of fun. Was also great having Mitch in net last night too. He’s one of my favorite goalies but I don’t get to defend him very often so that was a treat last night.

Next week is the Chelsea Challenge and I’m back with the Hartford Whalers again this year. After getting the gold medal in Rec B division last year we find ourselves ending up in the Rec A division this year. This means we have to go up against the Lions, Montreal and DC. This is going to be the definition of the word Challenge. I’m looking forward to seeing if I’m up to it.