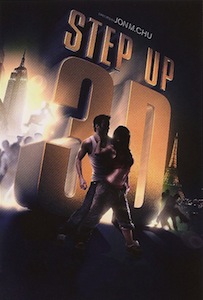 Absolutely awesome! With my love of So You Think You Can Dance and The LXD it shouldn’t be a surprise that I was blown away by Step Up 3D, the latest installment in the Step Up series. I’ve always enjoyed these movies, but this one upped the ante by going 3D and dancing on the big screen has never looked better.

There’s a couple stories in play here. Moose, who has been in the previous two movies, is off to NYU to study engineering. He says he’s given up dancing, but during freshman orientation he ends up battling the House of Samurai and ends up being recruited by the Pirates, a competing House. The World Jam is coming up and for Luke, leader of the Pirates, it’s a chance to make sure his family of dancers can stay together and pursue their dreams. He’s got a love interest, Natalie, who is not all she seems.

The main purpose, of course, is to have some high intensity, amazing dance and this movie met my expectations and then some. The practice and random dance moments are very good. But it’s the battle sequences that make this movie. The three battles (two semi-finals and the finals of the World Jam) get successively more complex and impressive. Jon M. Chu has cast a lot of impressive dancers including Twitch (who has a pretty sizeable role here), Legacy and Joshua from SYTYCD along with Madd Chadd, Harry Shum Jr., Pandora, Bboy Luigi and Steelo from The LXD. 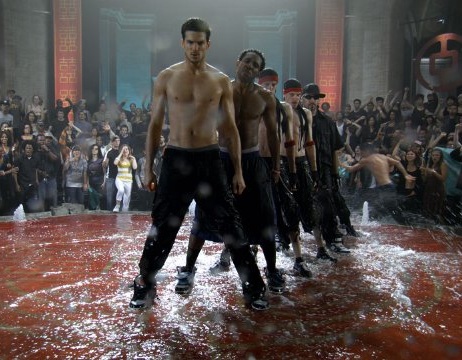 This was my first 3D movie of the new generation of 3D (it’s true, I haven’t seen Avatar). This was stunning and worth the price ($17!). Step Up 3D was shot in 3D, so it’s not fake like some movies have been (like Clash of the Titans) and the 3D really amps up the dance sequences. There are a couple cheesy “oooh look at the 3D moments” with bubbles early in the movie and later with some slushies. Within the dance sequences though, everything feels organic to the choreography and it feels like you’re right in the front row. I’d love to see more dancing on the big screen like this because it heightens the experience.

Even with the high ticket cost, I’d love to see this in the theater again. I’m sure it will look great on Blu Ray, but it won’t be jumping off the screen like it did with this viewing. I’m looking forward to seeing how Chu will make Step Up 4 (if there is one) even more impressive than this one.