It all started just like you’d expect. On the video screens Cat Deeley talked about season 7 and then it was “Welcome to So You Think You Can Dance.” The credit sequence rolled and then Cat introduced the dancers as the theme music rolled on. “Here are the guys… and these are the girls” and a final pose was struck. The only thing missing was the deep voice of the guy saying “This is So You Think You Can Dance” (which I for one missed because there’s something about that voice that I like hearing each week). But that omission was okay because the next two and a half hours were stupendous!

13 dancers make up the tour. From Season 7 there was winner Lauren, Robert, Kent, AdéChiké, Billy, Jose and Ashley. Season 6’s winner Russell was there. And from the newly formed All-Stars Allison, Dominic, Courtney, Ade and Kathryn were along for the ride. 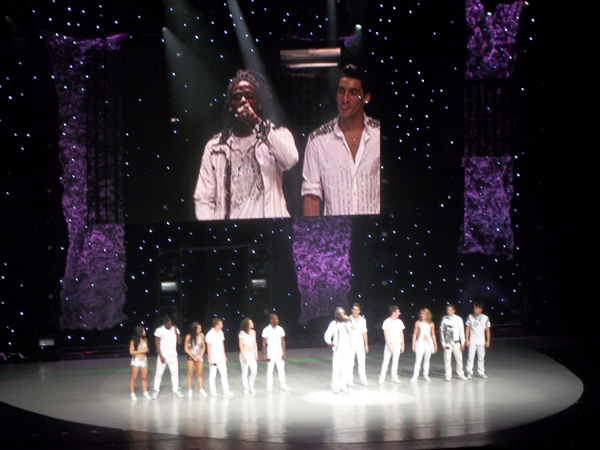 There was a surprise extra moment at Radio City, after a video reply of “Get Out of Your Mind,” featuring Alex and Twitch, Alex was introduced to the crowd. He’s been recuperating from his injury in NYC and it was great to see him walking across the stage without crutches. Alex told the audience that the physical therapy is going good so far.

The program was the best of season seven, although with some different pairing, as well as a few new numbers created for the tour. All the dances I wanted to see were there: Billy & Ade paying homeless man and business man in “Mad World,” Robert and Allison in Travis Wall’s powerful “Fix Me,” Jose and Dominic’s medieval duel, the Alice in Wonderland group take on “Every Little Thing She Does,” the group version of “All That Jazz,” and Robert and Kathryn saying “goodbye” as the wife goes off to the army.

There were some pretty cool substitutions made because not all of the All Stars are on the tour. Russell subbed in for Twitch for Lauren’s old west hip hop battle of the sexes. Lauren stepped in for Comfort and partnered with AdéChiké in the emotional powerhouse of “Fallin'” (Lauren really rocked this number and I think did Comfort proud). Ade stepped in for Neil to dance “Shoeless Joe” with Kent. Robert later took Neil’s place to be Kent’s backstabbing friend (this was another sublime pairing as Robert nailed his performance).

Dropping back to Season 6, Kathryn and Russell re-teamed for their final dance of that season, which was the incredible Transformers number. Lauren, Kent and Robert (the season 7 top 3) and Russell each got solos during the evening as well. I was sad that Billy didn’t get a solo. I love watching him and it was disappointing he didn’t have a moment to shine on his own (a minor complaint in the overall excellent evening). 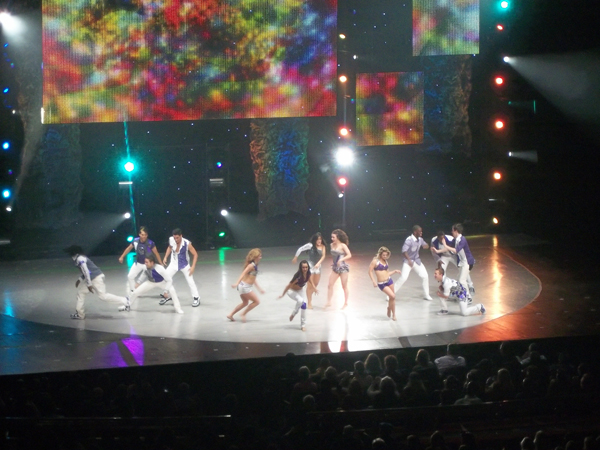 Check out Flickr for a few more images from the evening.