Revisiting “Next to Normal” 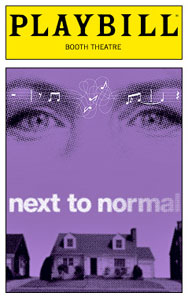 A year and a half ago we first saw Next to Normal, shortly after it arrived on Broadway. The original Broadway cast–Alice Ripley, J. Robert Spencer, Aaron Tevit, Jennifer Damiano, Adam Chanler-Berat and Louis Hobson–were stunning with Ripley having a career defining performance as bipolar mom Diana. This fall Ripley departed the Broadway company to take the show on tour and Marin Mazzie stepped in to the role of Diana. I’m a huge fan of Mazzie, who joined the cast with her real-life husband Jason Danieley, and had to see her in the show.

She did not disappoint. 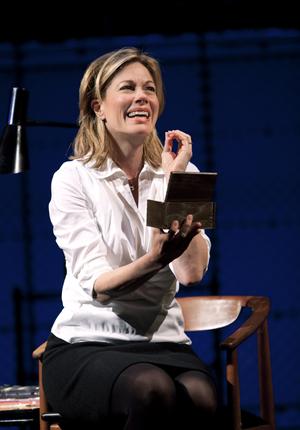 Mazzie’s Diana is subtler than Ripley’s and it works well for her. Ripley’s emotions were laid bare and were often times explosive. Mazzie is quieter with the emotions bubbling just under the surface and sometimes spilling over until she can get the lid back on. Mazzie’s vocals were first rate. I was eager to hear her take on “I Miss the Mountains” and she soared on that number. She was heartbreaking on numbers like “I Dreamed A Dance” and “How Can I Ever Forget.” Her rage on “Didn’t I See This Movie” and “The Break” took her to that boil over point. Her performance was sublime throughout and I’m glad she didn’t just try to replicate what Ripley created. The only place I would fault Mazzie is that her voice isn’t really designed for rock. In some places, like the end of “I Am The One” in the first act, her vocals are more standard Broadway that rock. 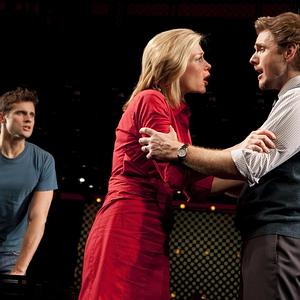 I also loved Danieley. He humanized Dan far more than Spencer, who gave Dan an air of being slightly aloof to his wife’s issues and what it was doing to the family. Danieley portrays a man who feels the whole thing, which makes Diana’s leaving all the more of a blow to him. Danieley was also in excellent voice. I particularly liked his takes on “I’ve Been” and “How Could I Ever Forget.” They were emotional powerhouses.

Something I’ve come to appreciate more since I first show the show, and this comes from multiple CD listenings, is the love story between daughter Natalie and stoner Henry. It was very satisfying watching this play out. Original cast member Chanler-Berat continues to be excellent as Henry. He’s joined by Meghann Fahy, the understudy to the original Natalie, and together they deliver a touching and emotional story of their own.

Dobson continues in his role as the doctors Diana sees. Kyle Dean Massey took over for Gabe before Mazzie and Danieley joined the show and he continues giving Gabe the charismatic personality to emotionally dominate the family.

Next to Normal is one of the most exceptional shows I’ve ever seen. Not only does it tell a solid story, but it packs huge emotional impact. The show concludes its Broadway engagement January 16 and its tour continues throughout 2011.