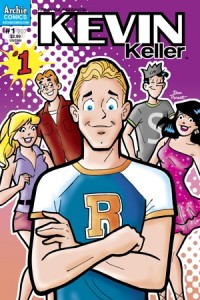 Last year Archie Comics introduced it’s first gay character, Kevin Keller. The response was so overwhelming positive that Kevin now his own special four issue spin-off mini-series! In issue #1 we learn a little more about Kevin’s life before moving to Riverdale. When Wendy and William, two of Kevin old friends, arrive in town for the big Fourth of July celebration, we get the scoop on Kevin’s geek-ish past and big coming out. We also meet Kevin’s family, including his father, a retired Army colonel.

I think Dan Parent, deserves a lot of credit for not only creating the character of Kevin, but for writing a story that deals frankly and honestly with coming out issues, but in a completely age-appropriate and light-hearted way.

Issue #1 is currently on sale at comic shops and bookstores, or you can subscribe online (like I did) at archiecomics.com. 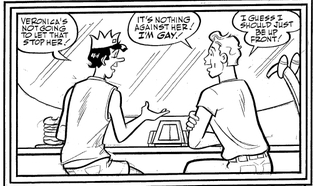