As of about 9:30 this morning, we are a legally married couple within the State of New York (as well as in the other states the recognize same-sex marriages). It was an exciting morning going through the process of signing the paperwork and waiting for our turn in the chapel with the other couples who were marrying. It was very emotional standing next to Will, looking directly at him and saying “I do” to make our relationship of 16 years a legally recognized one. Even though we’ve been an old married couple for a while now, there is something special about having a piece of paper now that makes it official in the eyes of the law.

Here are some pictures from the morning. 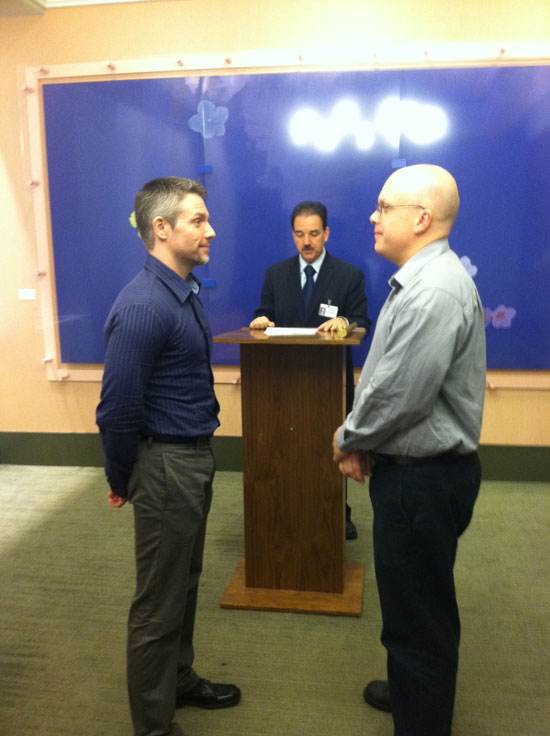 We were married by James Mitchell. He was great. He was full of energy and really had a great voice for the occasion. 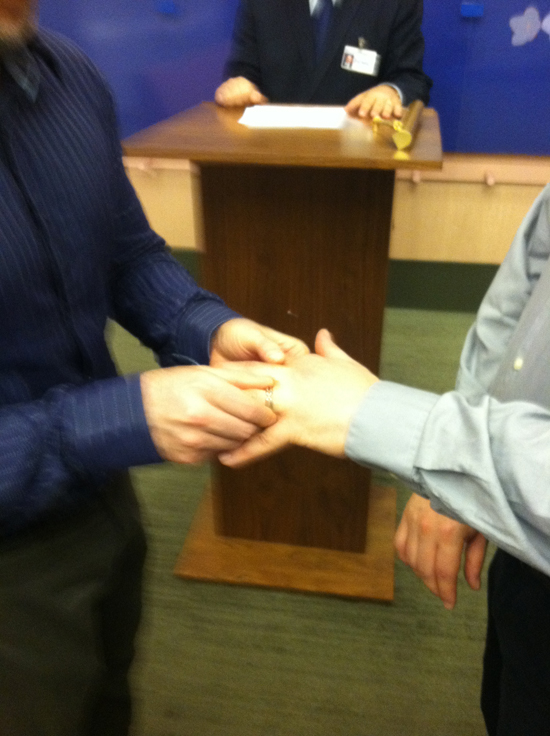 As we noted last week, we bought new rings for the occasion. This is Will putting the ring on my finger. 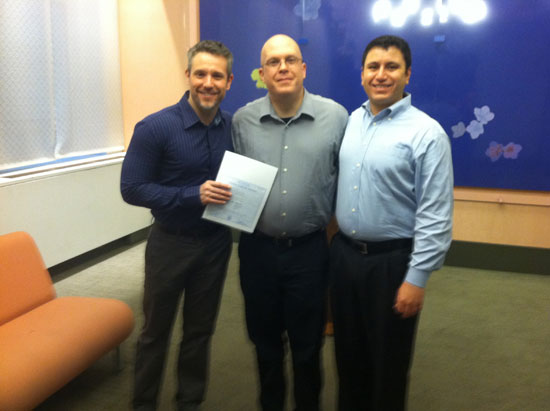 Here we are after the ceremony. Will is holding our Certificate of Marriage Registration. That’s Mike on the right. We were very happy and honored that he could stand with us as our witness (as well as ring bearer and photographer). 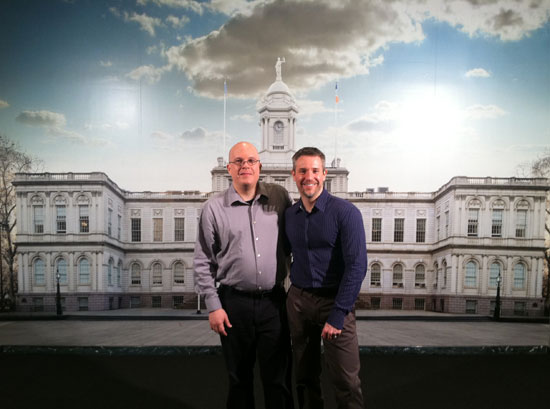 At the City Clerk’s office they have this backdrop that you can take a picture with, so of course we had to do it. It was a good thing too since it was rainy outside and this backdrop makes it look like a sunny day (which, for us, it was). 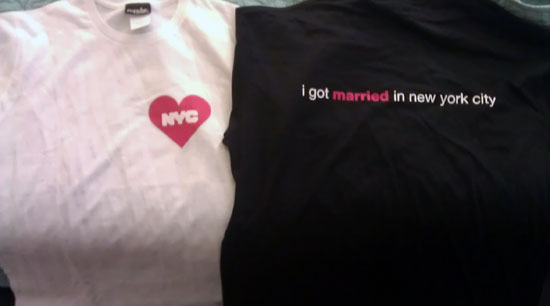 There is also a shop in the office where you can get various items, including flowers. We decided on T-shirts. The white one shows the front while the black one shows the back. I doubt we’ll ever wear them at the same time, but they are cool to have and were our touristy nod to the moment.

And… if you want some history, check out the info on our commitment ceremony from 1997!