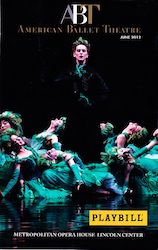 The 2012 American Ballet Theatre season at the Metropolitan Opera House concluded last night with the swashbuckling adventure Le Corsaire. Not only was it the final performance of the season, it was also the final ABT performance for principal dancer Ethan Stiefel, who has been with the company since 1997.

Le Corsaire had the feel of a Sinbad movie set to classic music with ballet moves. The story opened in a bazaar where slave girls were being traded. Pirate Conrad arrives and he falls immediately for Medora. Unfortunately, a pasha arrives and buys her, but Conrad instructs his slave to steal Medora away and the pirates escape, along with the other slave girls, to their grotto. At the grotto, Medora convinces Conrad to free the other girls. But there is rebellion in the ranks as Conrad’s pirates are mutinous at the idea of the release. Conrad gets order restored temporarily, but Birbanto, one of Conrad’s trusted crew, sabotages everything and Medora is recaptured and taken back to the pasha. Birbanto hides his deception and goes with Conrad to rescue her. At the pasha’s palace, he is thrilled Medora has returned and he has a dream of all his women dancing in a garden. However, as he awakens, the pirates have come back and Conrad and his slave get Medora back and kill the duplicitous Birbanto. Back on the ship, the crew runs into a massive storm and after the ship wreck we find Conrad and Medora clinging to a rock, thankful for their survival.

We had an amazing cast playing out the drama. Marcelo Gomes was pirate Conrad, played with a lot of cockiness and swagger. Gillian Murphy was his love Medora. Stiefel was in the role of Ali, Conrad’s slave (not the lead, but a very flashy role). Sacha Radetsky was the owner/salesman of the bazaar. Stella Abrera was Medora’s friend. Craig Salstein was in the role of the two-faced Birbanto.

It should be no surprise that Gomes and Murphy were incredible together. Their Act II pas de daux in the gratto was gorgeous, especially the graceful way Murphy bent her body. Stiefel and Murphy also had some stunning choreography in the grotto as they danced to entertain the pirates. At one point it seemed like they were having a competition to see who could do the most spins. Stiefel also had some flashy moments all of his own with his solos, which were extraordinary. Abrera had solos in the opening bazaar scenes and she too was quite something with her footwork. 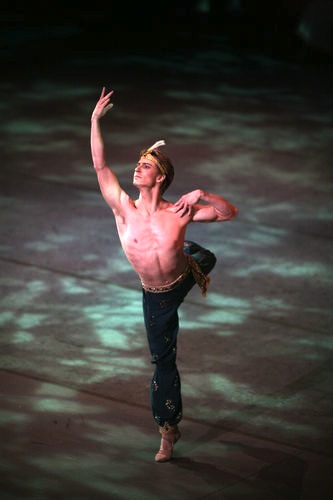 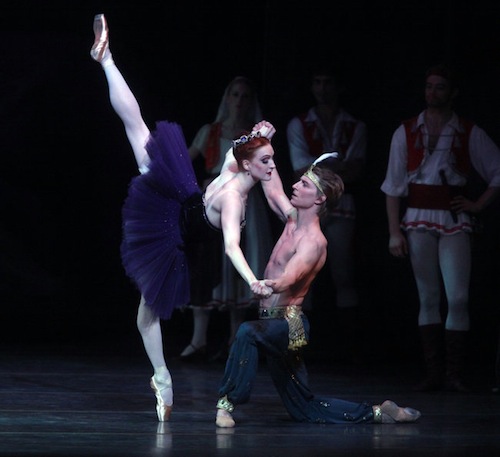 It was an extraordinary evening. The ballet, while pretty thin in plot, served up some stunning choreography. It was exquisitely beautiful for the women while very powerful and physical for the men.

Of course, even though he wasn’t in the leading role, the evening belonged to Stiefel. He got an extended ovation when he made his entrance. He also stopped the show at the end of his first solo when he took extended bows and then was called back to the stage for more. Not surprisingly he also got the final bows of the evening, which brought up a truckload of flowers. Not only were audience members throwing them to the stage, he got countless bouquets and garlands from his cast mates and several people in the ABT family, including a number of principals who didn’t perform but were on hand to say farewell. One of the most touching moments of the curtain call was Stiefel presenting his parents to the audience and thanking them for all their support.

I’m glad we got to see Stiefel before he departed ABT. I’ve been a fan since I first saw him the 2000 film Center Stage and hadn’t seen him perform live until this performance. It was worth the wait as he was amazing. I wish we’d discovered ABT sooner so we could see him while he was performing often. He’s left ABT to continue his work as artistic director of the Royal New Zealand Ballet. Hopefully he’ll bring them over here and perform with them so we can see him again. 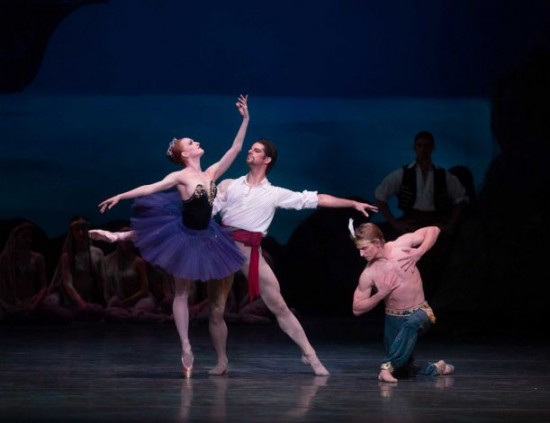