So You Think You Can Dance returned from its Olympic break with an evening of Mia Michaels choreography, featuring one new group routine along with seven classic Mia creations. It was also a night where four eliminations were made and the top 10 revealed.

Mia is one of my favorite choreographers and has been since I started watching the show in season four. Her ability to craft emotionally charged 90 second stories is incredible. To have an entire evening devoted to her was incredible. It’s the first time the show has focused exclusively on just one choreographer. It was a challenge for the dancers because they had to take these pieces and make them their own, which is often the case for a dancer because they don’t always have choreography created specifically for them.

Since we know across the board that the choreography was outstanding, each of them a favorite except for the one routine I didn’t originally see, this week’s recap is going to go in the order of performance because I can’t pick out a top three, or even a top one, from this batch.

The opening group number was quite quirky and had a very Cirque du Soleil feel to it with the use of ropes for the dancers to swing and hang from. It was the only new piece of choreography for the night and it was solid.

Cyrus & Eliana Door Dance, originally performed by Katie and Twitch from Season 4
Eliana was great, so powerful and strong trying to get her man back. Cyrus’ lack of technique worked against him here a bit, but he got better as the number went on.

George & Tiffany Hometown Glory, originally performed by Katie and Josh from Season 4
These two needed this number since they’ve been in the bottom. They both threw themselves into choreography and performed it beautifully.

Will & Amelia Butt Dance, originally performed by Evan and Randi from Season 5
This has never been among my favorite routines. It’s just a little too goofy for me. Amelia was her usual self, not portraying enough character. I did love watching Will bounce around the stage though. He was as adorable as ever and managed to make a dance that’s supposed to be about the girl’s butt all about him.

Dareian & Janelle The Bed, originally performed by Twitch and Kerrington from Season 4
Dareian rocked this number. I can’t say enough about how well he executed this dance. I know the judges say he had issues with his foot work (and they always do), but the performance worked for me. Janelle was also wonderful, even though it’s hard to shine when the piece is so much about the guy. 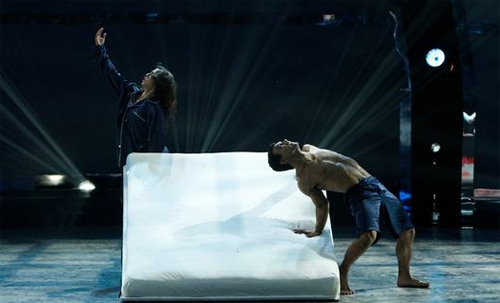 Matthew & Audrey Time, originally performed by Neil and Lacey from Season 3
This was a dance I’ve never seen before since I didn’t start watching until Season 4 (and somehow this has never shown up in a SYTYCD Best of. What a beautiful piece this was and Audrey was positively magical in it. Matthew was okay, but his moves seemed a little too closed up and tight, plus his characterization wasn’t quite right. 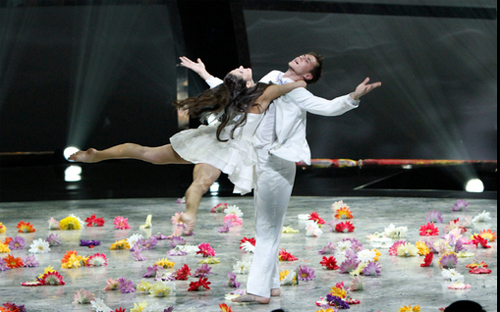 Chehon & Whitney Bench Dance, originally performed by Travis and Heidi from Season 2
I like these two more every week and this was a very strong performance for them both. They nailed the dance and made even the most complex of the moves look smooth and natural. It was a great night for them. 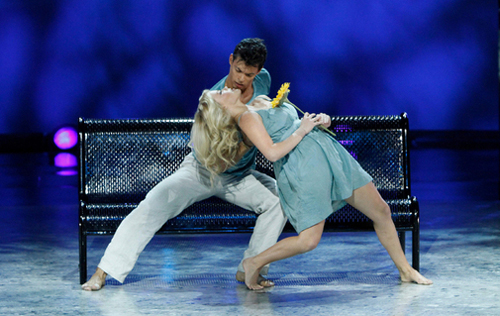 Cole & Lindsay Addiction, originally performed by Kayla and Kupono from Season 5
This one is difficult for me. “Addiction” is my favorite of all of Mia’s dances that I’ve seen and certainly among the most favorite of all SYTYCD numbers ever. I can’t hear Sara Barellies’ “Gravity” without envisioning this dance. Technically, Cole and Lindsay nailed this–so powerful from them both. Something about Cole’s character choice didn’t click for me, which I don’t like saying because I’m a major fan of Cole. I’m going to go back and watch this again in the coming days and try to approach it fresh since  Will and the judges all said that Cole nailed it.

Eliminations
For the girls, the bottom three were Amelia, Janelle and Lindsay. For the boys it was George, Dareian and Matthew.

Everyone danced solos at the judge’s request. Of the six, I loved Dareian’s. I felt he put everything he had into it and really said “I want to stay here.”

Unfortunately for Dareian, it didn’t work. He and Matthew were eliminated leaving George safe. Even though I like George, I would’ve preferred Dareian to stay. Over on the girls side, Lindsay was safe, which was the right choice. I’m glad Amelia is gone. Her quirks weren’t working for her after week one and I’m looking forward to seeing Will with someone else. I enjoyed Janelle, but I understand that her time had come.

Other news…
With the top 10 set, the all-stars return next week to dance with them. I’m looking forward to seeing who comes back (please let Mark be among them at least once!). And, the tour is coming to NYC!!!!! Two nights at the Beacon Theatre in November. I will definitely be there for that.