The performance finale for season nine of So You Think You Can Dance was nothing short of outstanding. Across the board the dancers all stepped up their game to earn America’s vote leading into next week’s season finale. In particular the ballet dancers shined. Both Chehon and Eliana delivered five sublime performances each. Plus you had Alex Wong, back as an all-star, also being incredible. This could be the year that a ballet dancer wins, and not just one but two.

Let’s get right into the recaps. Here are my top choices for the night (four this week instead of three):

Chehon with all star Allison Contemporary choreographed by Stacey Tookey
This was an amazing blend of two fantastic dancers performing exquisite choreography to a perfect song (which came from the Broadway cast of Once). There aren’t enough superlatives to say about this. 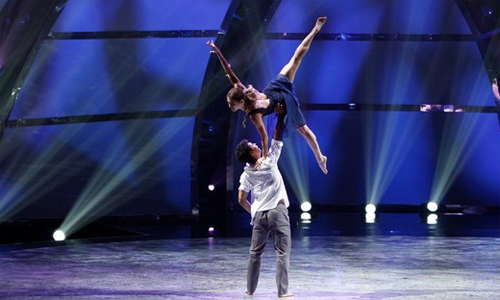 Eliana with all-star Alex Contemporary choreographed by Travis Wall
This was a beautiful number, danced with such powerful emotion by these two. Travis made great use of Eliana’s ability to create such amazing lines. 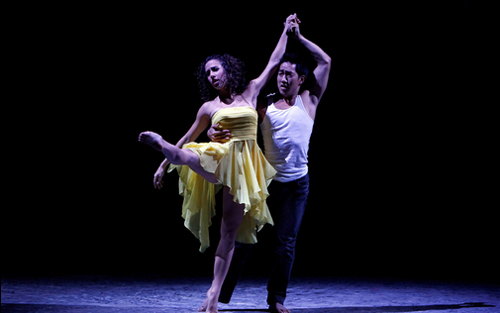 Chehon and Eliana Ballet choreographed by Marat Daukeyev
This was gorgeous. Such a treat to see these two in their own style for the finale and executing it so perfectly. These two are such amazing technical dancers that they will have great careers no matter next week’s outcome. 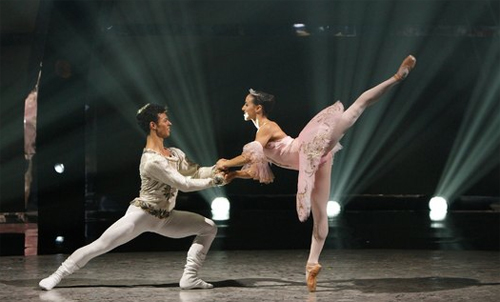 Cyrus with all-star Twitch Animation choreographed by Christopher Scott
It was great to see Madd Chadd in on the choreography with Chris Scott. Cyrus and Twtich were incredible doing the animation thing. It was  a great cap to the night. I do think Nigel might have poisoned the voting telling Cyrus he was going to vote from Chehon, but based on the night Cyrus had (his best yet) if he wins it will not be surprising. 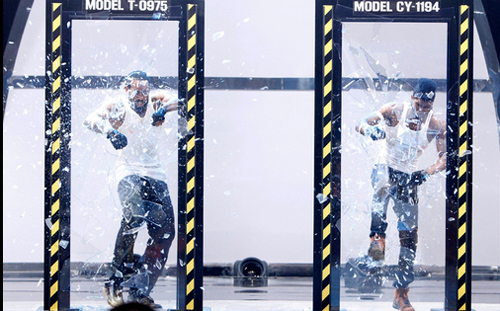 Here’s a look at the rest of the couples dances in the order they were performed:

Cyrus and Eliana Paso Doble choreographed by Jason Gilkison
Eliana was fabulous in this role-reversed number where she got to be the matador. Cyrus was very protected in this by the way Jason choreographed with Eliana doing most of the heavy lifting in the piece. Great performance characteristics from them both though made this very entertaining.

Tiffany with all-star Will Contemporary choreographed by Sonya Tayeh
This was a super fun number! It felt like Sonya was trying to disco in terms of the music and some of the moves. Tiffany was a great ball of energy. Will, surprisingly, almost dropped her. I didn’t, however, understand Rob Marshall’s attempt at a 9/11 reference here. Seemed out of place.

Tiffany and Cyrus Lyrical Hip Hop choreographed by Tessandra Chavez
As with her all-star number, Tiffany was a powerhouse in this number. Cyrus was good too, especially is characterization.

Top four group choreographed by Tyce Diorio
Well… this was an interesting concept trying to highlight everyone’s strength at some point in the number. The dancers did a great job of making it work. The camera work though was horrific and made it hard to appreciate what everyone was doing.

Eliana and Tiffany Broadway Burlesque choreographed by Ray Leeper
This was crazy and unexpected to have a Broadway style pole dancing number. Crazy fun and a great showcase for these two. The final pole moves, especially for Eliana, were complete awesomeness.

Cyrus and Chehon Jazz choreographed by Sonya Tayeh
The guys were both great here. I loved the masculine musicality. However, would’ve loved to see what Chehon could’ve had if he’d had Cole or Will dancing with him since the whole number could’ve upped the ante.

Chehon and Tiffany Rumba choreographed by Dmitry Chaplin
Gorgeous and sensual… just like a rumba should be. These two had great chemistry and performed oh so well.

Each dancer did a solo too. Eliana offered up a beautiful ballet number. Cyrus stuck in his wheelhouse of animation/dub step and had some excellent musicality. Tiffany’s solo was her weakest effort of the evening and just lacked fierceness. Chehon offered his best solo to date and it was extremely appropriate for the final competition show.

How will it end? I think Eliana has the girl side of this locked up. As I said last week, the race between Chehon and Cyrus is close…to close to call. I agree with Nigel that Chehon should be rewarded for his growth and excellent dancing (he’s who I voted for). Cyrus, however, could win based on pure enthusiasm and entrainment value. Either way it goes, I’ll actually be okay rather than yelling at the TV.