What started during Memorial Day week came to an end last night as So You Think You Can Dance crowned America’s Favorite Female Dancer and America’s Favorite Male Dancer. The finale was jam packed with some of the season’s best dances (although did Tyce have to pick Will and Amelia’s dumpster number?) as well as two new group numbers and a special Hip Hop number.

The new numbers were tremendous. Top open the show Christopher Scott and Sonya Tayeh teamed up to create a visual feast with wind machines, flowing costumes and some amazing choreography. It was a great way to get the night going.

Christopher Scott was back with a second new number later in the show that featured Cyrus along with all starts Comfort and Twitch as well as Scott himself playing some poker. This was a great hip hop showcase that used all four dancers to their maximum. The precise control and musicality in this piece was excellent. 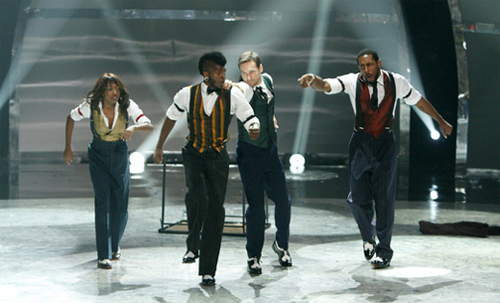 NappyTabs closed out the night with the first number they’ve done for the show since Tabitha gave birth earlier in the year. This was a weird but fun piece. It used a District 78 remix of The Lion King‘s opening number “The Circle of Life” and featured the top 10 as well as the 10 all-stars. I think this number is what would happen if NappyTabs were tasked with choreographing a revival of Cats and this routine could be the “Jellicle Ball.” I liked it, but it was odd at the same time. 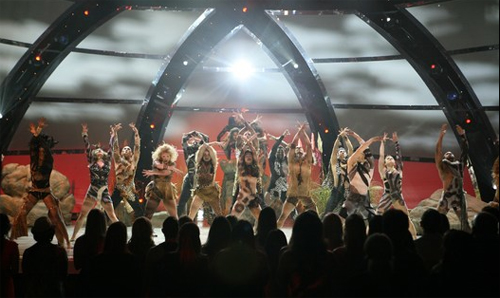 Of course, what really mattered for the evening was who won and I was thrilled that America voted right and crowned Chehon and Eliana the winners. 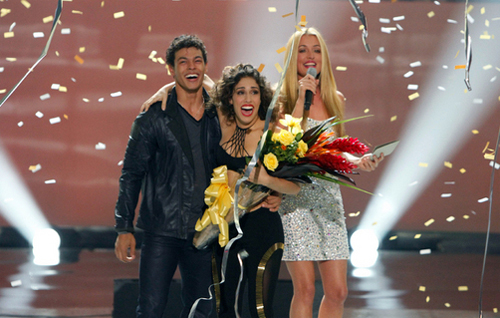 I expect Cyrus to win because of his massive popularity (and frankly I think Chehon thought Cyrus was going to win too because he looked very shocked when his name was called). As I wrote last week, I was resigned to the fact that the better technical dancer was going to lose out to the guy who could entertain so well. And it wouldn’t have a bad thing because Cyrus has been great to watch and he’s certainly embraced learning a lot of new stuff. Of course, Elaina has had my vote for this for a while because she’s been a great all-around package. Congrats to them both… I can’t wait for the tour in November!

I also hope that Fox got the ratings they needed this summer so that <em>SYTCYD</em> can celebrate season 10 in Summer 2013.