New York City Ballet: Saturday at the Ballet with George 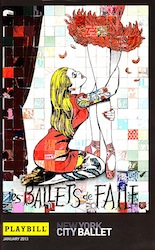 New York City Ballet celebrated the 109th birthday of its co-founder George Balanchine with its third annual Saturday at the Ballet with George. The program, which ran during the company’s Tschaikovsky Celebration featured a day of activities. We attended the matinee performance and then stayed for the free presentation of The Balanchine Ballerina. It was a great afternoon of dance! 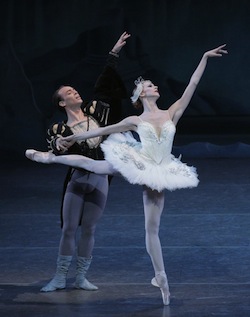 The matinee performance included two of Balanchine’s one act ballets along with two shorter works. First up was Balanchine’s one act Swan Lake, where all the action takes place at the lake with the swans. The program continued with “The Garland Dance” from Act I of The Sleeping Beauty, the Allegro Brillante and Tschaikovksy Suite No. 3.

It was interesting to see such a streamlined Swan Lake. Here there’s no action anywhere but at the lake, so there’s none of the story presented that happens at the castle. This one act uses music from Acts II and IV and it premiered in 1951. Focusing on some of the most well known scenes of the ballet, it was gorgeous seeing the prince, the white swans and the flock of swans dancing for nearly an hour.

The second act of the afternoon started off with “The Garland Dance” from The Sleeping Beauty. The patterns created on stage by the dancers were mesmerizing with perfect musicality with Tschaikovsky’s score.

The Allegro Brillante was incredible. There was so much movement on the stage and it was so vibrant and full of energy. It was easy to see why it’s called one of Balanchine’s most joyous, pure dance pieces. 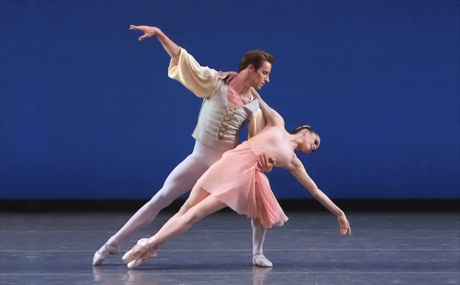 The final act featured Tschaikovksy Suite No. 3, comprised of four movements–Elegie (pictured below), Valse Melancolique, Scherzo and Tema Con Variazoni. The first three movements were haunting, as they were performed in low lighting and behind a scrim. For the final sequence the scrim lifted to reveal a more vibrant space and dance. This was a fascinating piece to see so many different moods to Balanchine’s choreography. 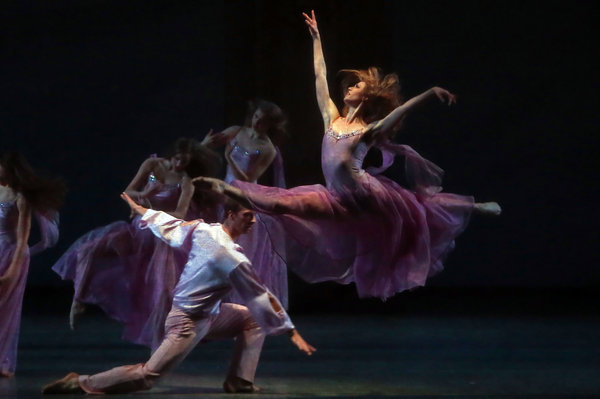 Following the performance, New York City Ballet invited the showgoers to stay, and for the general public to come in, for The Balanchine Ballerina, a one hour presentation where the dancers discussed the many varied requirements of a ballerina who takes on Balanchine choreography. In addition to some discussion and excerpts from the dances we’d seen earlier in the afternoon, we saw some of The Nutcracker along with a cowboy-themed dance (which was quite fun) and an bit out of the final ballet Balanchine did in 1981. It was an interesting eduction on Balanchine and I’m glad we were able to see it as well.