The High and Low of March 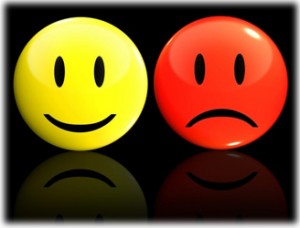 March 2013 will likely go down in the history of my life as the month that one of the highest of highs and the lowest of lows coming within days of each other.

It was March 16 I reported on the blog that Hat Trick, the novel I worked on for over six years, was accepted by a publisher.

Nine days later, on the afternoon of March 25, my mom passed away.

Her death was completely unexpected. Granted, in April 2010 she had an emergency triple by-pass and the recovery had some ups and downs. But, particularly over the past four to five months, her doctors seemed to find a good combination of medications for her and she’d been feeling pretty good. She’d even recently started going back to her water aerobics class and loving it. She and I talked the day before and she sounded good. She left a message with a friend earlier in that very day.

Then it looks like she had some yogurt and decided to take a nap. She was found that evening by friends who went to check on her because she wasn’t answering her phones.

I’m lucky she had an amazing close group of friends that I was also close with. They were invaluable while Will and I were in Tuscaloosa making arrangements and getting things in order so that I can manage her estate.

I think mom would’ve been pleased with her funeral service (and she did not like funerals at all). It was full of her friends and co-workers, including what I believe was nearly the complete set of co-workers she started with at DCH (Druid City Hospital and now DCH Regional Medical Center) in 1978. The minister was one of the DCH chaplains and he put together a moving service that featured several of those in attendance offering great stories about her. The chaplain also read my words that I was far too emotional to recite myself.

As I work through the next several months, working on Hat Trick as it heads towards its September publishing date will be combined with taking care of mom’s estate. This is neither a good or bad thing. It just is. What it won’t be is easy.

I’m sad she never got to read the book. When I told her the news that the book would be published, she was excited that something I’d let her read was getting published (I wasn’t comfortable sending my other published works because they had some explicit material). She hadn’t read it yet though because I didn’t have a polished manuscript. I suspect this will lurk in the back of my mind for a long time to come.

Flying back from the funeral last week, I spent some of that time working on manuscript edits. Unfortunately I was working on some of the most emotional passages in the book and that was rough. Luckily, within the next week or so I’ll have the edits done and I’ll pass the manuscript to the publisher so they can work with it. That will give me some distance from the story for a few weeks.

Meanwhile, at some point soon I’ll have to fully face the reality of working with mom’s estate. Once I have death certificates, which will probably be by the end of the month, I’ll launch in to all the decisions around what to do with all the stuff. She lived a pretty simple life, but there’s still a stunning amount of things that need to be taken care of. Again, I’m thankful that our mutual friends have offered to help, and in some cases all ready are.

To say it’s going to be an odd and emotional spring/summer is probably an understatement. I’m blessed to have a great husband (and I have to say for the record that Will was a rock during the trip to Alabama… he really helped me stay together), wonderful friends and the best co-workers to help me get through both the good and the bad.