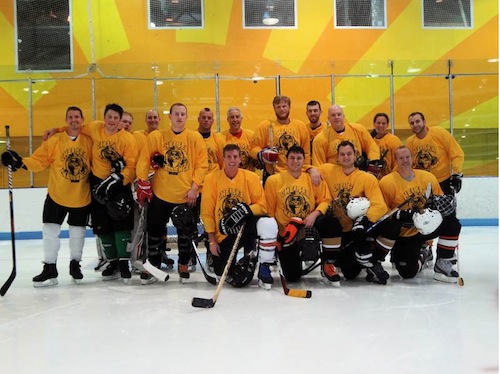 For the second year I joined up with the Pittsburgh Tigers for the Chelsea Challenge. Once again, I had a blast too. Unfortunately, unlike last year, we did not pick up a medal. The team moved up from the developmental division, where we won silver last year, to Recreational B where the competition was more fierce. Out of eight teams, we ended up in seventh place with only two points earned during our three games (yes, that means there was a team that only earned one).

Despite the outcome, I had a good time in the three games we played. Our Friday night game, against DC Nationals, was my least favorite of the three because I made at least three really bad choices that I was aware of and all three of those helped give the other team goals. Saturday morning’s game against the Wizards was good, although it got  out of control in the third when the score got run up. The Saturday afternoon game against the Sled Dogs started out crazy as they ran up 5 goals in the first period. This was a super fast, super coordinated team (they play together as a team at Sky Rink) and we managed to adapt to them and held them to only two additional goals for the remainder of the game.

Here are some tournament highlights: