It seems each season there’s one episode of So You Think You Can Dance that just isn’t up to par. This past week’s installment seems to be the season 10 version of this phenomenon.

It started with a lackluster group dance. I was stunned to find that Stacey Tookey, usually a wonderful choreographer, had a hand in this, along with SYTYCD newcomer Peter Chu. It was just a dull take on a contemporary piece.

Guest judge Carley Rae Jepsen added nothing to the proceedings and I was glad I was watching days later so I can just fast forward her comments. I’m not sure what’s going on with the judging panel. So far the only good guest judges have been Erin Andrews and Paula Adbul. Next week the guest judge Anna Kendrick, who might bring an interesting take to things but also might not. Can we go back to choreographers as guest judges, please?

If you count the opening number and the “dance for your life” solos there were fourteen performances this week, of those only four really piqued my interest:

Alan solo Paso Doble: It takes guts to do ballroom solo, but Alan did that for his “dance for your life” this week. It worked, he was safe as he gave a very strong, dramatic performance.

Fik-Shun & Amy Jazz choreographed by Tyce Diorio: It’s rare for me to like a Tyce dance, but this one worked. The musicality demonstrated by Fik-Shun and Amy was outstanding and their chemistry and overall performance made me fall in love with this piece. 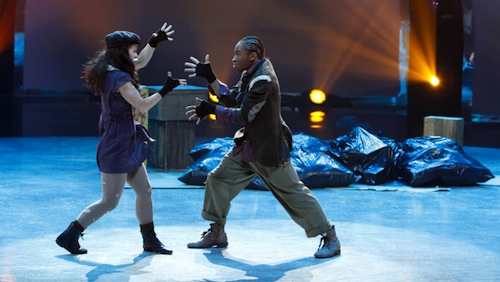 Paul & Makenzie Hip Hop choreographed by Dave Scott: Paul rocked this number to the point that I had hard time watching Makenzie. This was some sexy, sultry, jazzy hip hop and I loved every minute of it. I had no idea  Paul had such swag. 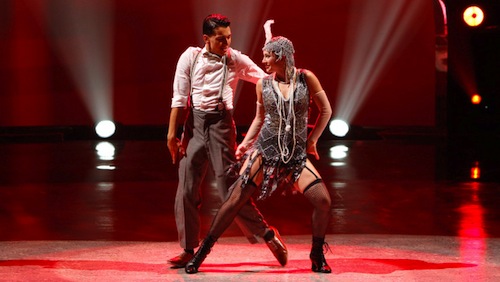 Aaron & Jasmine H Quickstep choreographed by Tony Meredith and Melanie LaPatin:  Outstanding! My favorite of the night. Aaron even showed some swag in this number, that completely worked within the context of it. Even though Jasmine seemed to be working hard sometimes, overall the performance was excellent and the final lift was extraordinary. 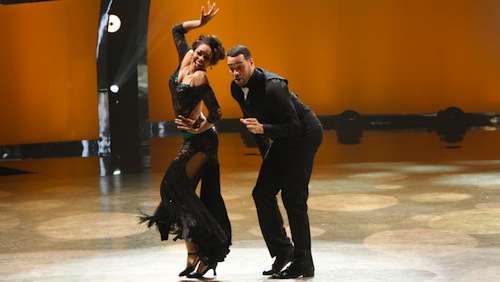 It is interesting to note, that of the three couples above, were all in my top three last week and most of them have made the top spots before that too.

What of the other five couples? Nico and Alexis ended up with a jive that just didn’t sit well on them. Tucker and Jenna, who are often in my top three, had a lackluster piece from Travis Wall (which was a surprise for me to not like his SYTYCD choreography). BluPrint and Mariah got stuck in an unfortunate jazz piece that was really bad for him. Alan and Malece also had some Dave Scott hip hop, but it wasn’t pretty even though Malece out swag’d Alan.

BluPrint and Mariah were eliminated this week. I wished Mariah had more time on the show because she was showing some really good work outside her genre, but I’m also not sure who among the women I would’ve had go instead of her so it’s hard to argue with the choice.

It was also great to see Derek Hough from Dancing with the Stars get two nominations. One for solo work he did: a Quickstep as well as a Mambo he performed with Shawn Johnson, as well as a Macy’s Stars of Dance performance with Jaimie Goodwin. He’s also nominated along with SYTYCD alum Allison Holker for two special performances they choreographed: one a contemporary piece and the other a stunning Argentine Tango.