With the exception of another clunky opening number, this week’s So You Think You Can Dance was an fantastic show. For the first time the All Stars that were on hand to dance with the competitors were also choreographing.

Sadly things got started with another of this season’s less than spectacular group numbers. Will and I both thought this was Tyce’s ode to the revival of Pippin. Unfortunately, it turned out to be a piece done by Mia Michaels. This was surprising because I usually love everything she does.

For the competition pieces, it was difficult to create a top three list of favorites because everything was so good, but I managed to do it:

Jenna Jazz partnered and choreographed by Mark Kanemura: I’ve been a fan of Mark since he and Chelsie wowed me in season four with “Bleeding Love.” He’s been great to watch as he’s become Lady Gaga’s lead dancer and last night he showed us he’s an incredible choreographer. He put together a energetic, fun, difficult, electrifying piece for Jenna and she stepped up and performed fantastically. 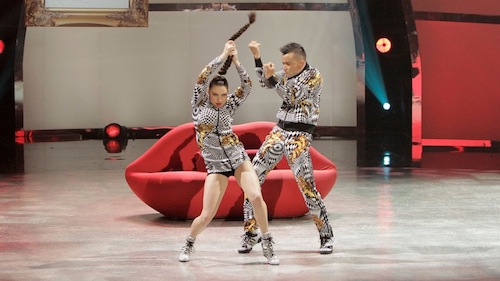 Aaron Jive partnered and choreographed by Chelsie Hightower: Chelsie’s been laying down some great ballroom moves as a pro on Dancing with the Stars and she gave Aaron some great moves last night. Yes, there were some technical issues, but Aaron delivered a great performance and really put his tall body to great use with some of the leg work. 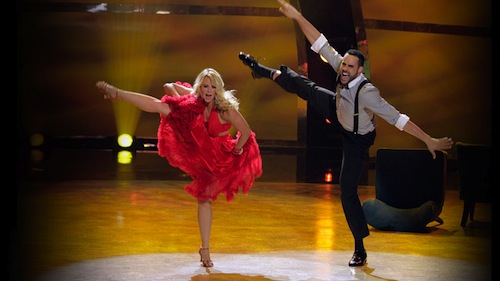 Amy Contemporary partnered and choreographed by Travis Wall: Travis delivered a great dance and he and Amy were beautiful performing it. It was sublime with an impressive set of tricks in the middle. This was the closing number last night, capping off a near perfect episode. 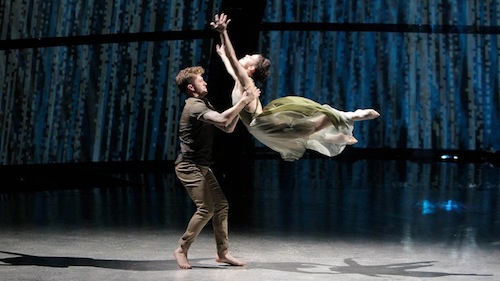 Here’s a look at the rest of the show in the order it was performed:

Fik-Shun Contemporary partnered and choreographed by Allison Holker: Allison always delivers beautiful dancing and this is the first time I’ve seen choreography that she created on her own (she did a piece a couple season ago with Derek Hough on Dancing with the Stars that was perfection and got her Emmy nominated). She gave Fik-Shun a piece well suited to him, infusing the contemporary moves with some hip hop. It was a great dance for them both.

Tucker Jazz partnered and choreographed by Courtney Galiano: One of the joys of the season has been watching Tucker move. He’s got a way that, no matter the style, he punctuates it with his own flair that is completely appropriate to the choreography. This week was no different. Some great moves in here too, especially Courtney twirling around his neck.

Paul Hip Hop partnered and choreographed by Comfort Fedoke: This was great redemption for last week’s lizard dance with Nico. Comfort created some great hip hop moves and Paul found his swag and got down and dirty with her. It was high-energy awesomeness.

Hayley Rumba partnered and choreographed by Dimitry Chaplin: Everything a sexy rumba should be. Hayley and Dimitry had perfect chemistry here and she nailed the complex choreography. If I’d done a top four from last night, this would’ve been in.

Jasmine Hip Hop partnered and choreographed by Twitch: The superhero theme was fun and the musicality featuring a quirky version of “The Power” was intricate and completely spot on. These two had a great partnership.

Elimination: This was an awful week… and it’s only going to get more difficult from here. Fik-Shun and Tucker were in the bottom for the guys and it was Hayley and Jenna for the girls. There were no good choices here. Tucker and Jenna departed. I hate seeing them go, but there’s also no one I would’ve wanted in their place either.

Time Warp to Top 10 Last Week: I was traveling last week and didn’t get to write anything up, although I did watch (of course, I watched… no way I’d miss it!). Lizard hip hop was not good. A rare clunker for NappyTabs. However, there was a lot to love last week (and it also required multiple tissues for me). My top three last week: 1) Tucker and Robert were the couple of the evening performing a emotional Travis Wall contemporary piece. 2) Aaron and Kathryn were beautiful in a Stacey Tookey routine. 3) One of my biggest SYTYCD crushes returned as Jakob danced with Makenzie in a sultry Broadway number. Other highlights:  Fik-Shun did his best to keep up with Melanie (who was incredible as always!!!). Paul’s Cha Cha with Whitney was oh so hot and speedy. Hayley partnered up with Twitch for some fun hip hop. Jasmine and Marko were in perfect sync in their Ray Leeper Jazz piece.