So You Think You Can Dance jam packed the critical show that creates the top six for season 10. Fifteen dances happened, with each contestant dancing three times in a show that the judges had no say in and, in an odd turn that I don’t remember happening before, no viewer voting happening at the end of the show either.

With so much to cover, let’s dive right into my top three for the week:

Top Six Group Number African choreographed by Sean Cheesman: In a season where the group numbers have too often been lackluster, Cheesman rolled out a gorgeous piece that had the feel of an Alvin Ailey piece. The top six were incredible flowing with the music. 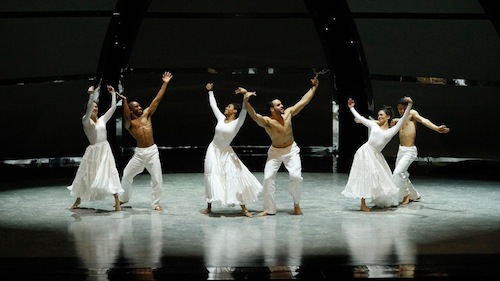 Aaron & Jasmine Jazz choreographed by Sean Cheesman: It was great to see these two paired up again and Cheesman gave them a beautiful dance to shine. As usual, their chemistry was great, their dancing was wonderful. I could watch these two for an entire evening. 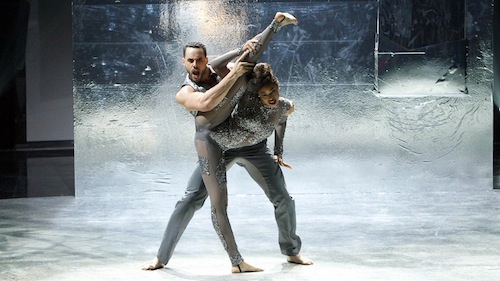 Aaron & all star Melaine Broadway choreographed by Spencer Liff: I loved everything about this. It seemed lifted right out of Contact, reminding me of the Girl in the Yellow Dress number. Melaine and Aaron found the right chemistry. Even the mistake that resulted in Melaine being dropped fit right into the piece and the two didn’t let it frazzle them. 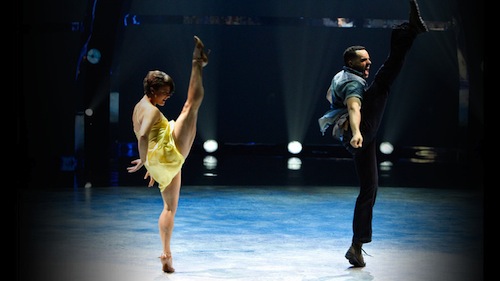 Here’s a look at the rest of the evening’s performances, couples and solos, in the order they were performed.

Paul & all star Kathryn Jazz choreographed by Tyce Diorio: I didn’t care for the chorepgraphy much, other than the Latin flair that it had. I did like Paul and Kathryn’s performance and chemistry. The opening to the number, Kathryn up on the ladder in the massive dress, was impressive.

Amy Solo: This seemed off. Her take on the musicality seemed misplaced, which surprised me because I usually love everything she does.

Hayley & all star Joshua Hip Hop choreographed by Tabitha and Napoleon D’umo. This was not a good showing for Hayley as Joshua was simply outstanding. He had the moves and the swag and Hayley just couldn’t keep up with it.

Fik-shun Solo: Incredible! The moves, the musicality, the complexity. Fik-shun left it all on the floor.

Jasmine Solo: Sublime. This was the best solo of the year. The way she controlled her body through that complex music was a perfect 30 seconds of movement.

Fik-shun & all star Whitney Fox Trot choreographed by Jonathan Roberts: Fik-shun had a tough time with this choreography, but he went for it anyway and he definitely nailed the chemistry and performance aspects of it.

Jasmine & all star Neil Contemporary by Tyce Diorio: The choreography and performance from Jasmine and Neil was perfect. The music, however, seemed completely wrong, almost like the wrong track was cued up.

Amy & all star Alex Bollywood choreographed Nakul Dev Mahajan: I’m tired of Bollywood on this show because it mostly looks the same and it’s rare for the contestants to do it well. There was some different moves in this, which was nice to see. The only thing making it truly worth while though was 90 seconds of Alex moving and showing off his bare chest (and yeah, I know I don’t usually do pictures outside the top three… but it’s Alex with no shirt…so it was a must). 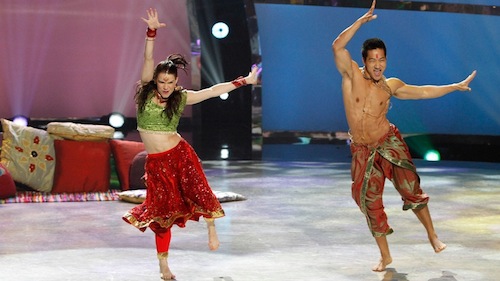 Paul & Hayley Contemporary choreographed by Dee Caspary. Absolutely gorgeous. Paul nailed everything about this dance, while Hayley at times looked exaggerated but it didn’t take away anything from the overall beauty and power of the dance. Great cover by Sleeping At Last of “I’m Gonna Be (500 Miles).”

Fik-shun & Amy Hip Hop by Dave Scott: Just as I liked seeing Aaron and Jasmine back together, the same is true for these two. Scott didn’t give these two much meat in the choreography, but they took what they had and made it fun to watch.

Elimination: Hayley departed, which I was glad to see because consistently Amy and Jasmine have been my favorite girls this season… just look at how much they ended up in my top three week after week. For the guys, Paul went home. Paul’s a better dancer than Fik-Shun, no doubt; but Fik-Shun is infectious to watch. Honestly, of the three guys, I’d have been happy with whatever two stayed.