Season 10 of So You Think You Can Dance came to an end Tuesday night and it was a good ending. As I mentioned in the top 4 post, I was going to be good with whoever was declared the winner. I don’t usually feel that way. In this case, however, the four dancers–Aaron, Fik-Shun, Amy and Jasmine had been in my top three numerous times over the weeks. Sure, on the guy side, Aaron and much more technique than Fik-Shun. They were both likable and watchable. Technique-wise I think Jasmine is better than Amy too, but again, they were both easy to declare favorites. So I’m satisfied it was Amy and Fik-Shun that ultimately won the title of America’s Favorite Dancer. 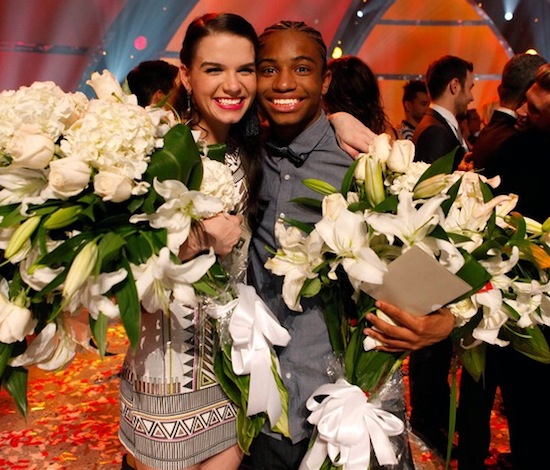 Season 10 definitely had one of the best overall casts of any season. There was no one that I was eager to get rid of, and that was refreshing. There were also dozens of great dances that I’ll enjoy for years to come (I’m a total SYTYCD geek and I do record my favorite segments for future watching).

With season 11 getting a green light for summer 2014, I will throw out some of my desires for next season:

I wish I could catch the tour, but sadly it’s not coming close enough to NYC this year. I’ll just look forward to Memorial Day week 2014, which I expect should be the start of season 11.