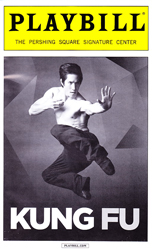 I’ll be honest, the first thing that made me want to see this show is the mailing we got from Signature Theatre featuring shirtless Cole Horibe doing a Kung Fu move across the front. I didn’t really care what the show was, Cole was in it doing some sort of martial arts. The second thing that put Kung Fu on the must list was the words “Choreography by Sonya Tayeh.”

I’m familiar with Cole from season nine of So You Think You Can Dance where he was second runner up. I later saw him on the SYTYCD tour for that season. Sonya choreographs for the show and her work is always intriguing and awesome. David Henry Hwang’s name on the show as playwright was a selling point to since we’ve seen some of his work (a new book for Flower Drum Song, the book for Disney’s Aida and, of course, he’s responsible for the masterful M Butterfly).

Kung Fu is the story of Bruce Lee and covers some thirty years from the 1940s through 1971, so it runs from Bruce’s arrival in Seattle through moving to Hollywood and being in TV’s Green Hornet and trying to make movies while teaching Kung Fu to stars and into his back injury before he moved back to Hong Kong, with his wife and children, to make movies. There are also flashbacks to Bruce’s childhood with his father. It’s a lot of ground to cover for a two hour show and it feels like the show is a sequence of vignettes without a tight through line. 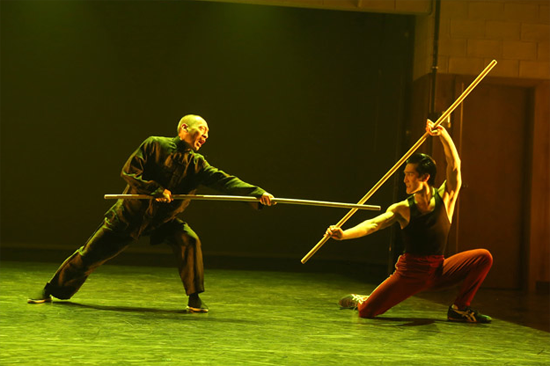 The actors and the action make up any shortcomings of the script. Cole is a commanding presence on stage, kept his accent consistent and played the role of Bruce Lee well. He certainly had the martial arts moves down and the show’s fight sequences and movement choreography are outstanding. Phoebe Strole as Bruce’s wife, Linda, was good standing up to Bruce’s toughness to make sure the couple and their children were taken care of. It could’ve been a throw away role, but Linda holds her own against the strong men. The ensemble is excellent in the battle sequences, and in an array of roles from Bruce’s friends to well known people like James Coburn and William Dozier (producer of both Batman and The Green Hornet). Burt Ward was listed in the Playbill as a character, but we didn’t see him…maybe he was cut out during previews. 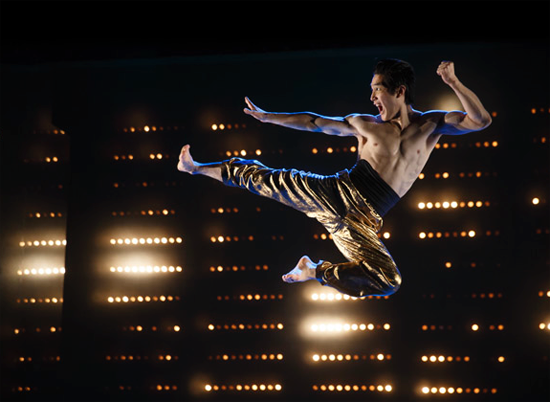 Overall, Kung Fu was an enjoyable afternoon, especially with the excellent choreography. I do wish the script had been more focused, but in this case there were enough other positives to make this worth seeing. Here’s the official trailer for the show.

In a look back, here’s Cole with all star Allison Holker performing a Sonya Tayeh contemporary routine from SYTYCD

And another Sonya and Cole dance, this time a jazz piece where he performs with all star Melanie Moore.