This year’s Cycle for the Cause, my fifth, was different than any other for me. I didn’t do it on a bike. I was part of the 50-member crew team. Crew drives sweep vans, sets up the rest stations and lunch, gets the hotels ready for the riders to check into, and anything else that needs doing.

I drove PV5, more popularly known as the Princess Party Van. The theme came courtesy of my navigator, Jesse. He decked out the van with all sorts of princess parafenalia, pink swags, tiaras, clip on earrings, rings, feather boas, and makeover supplies. It proved to be a big hit with the riders. Below are some pictures of the van and some of our visitors. 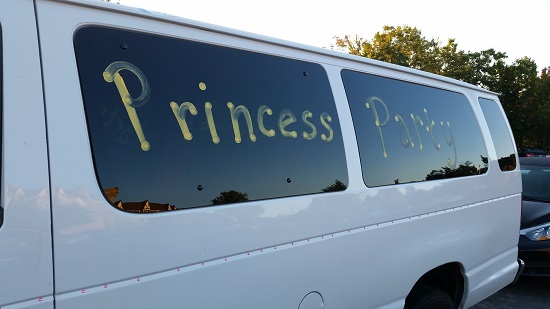 The Princess Party Van. Note the pink rhinestones on the van! 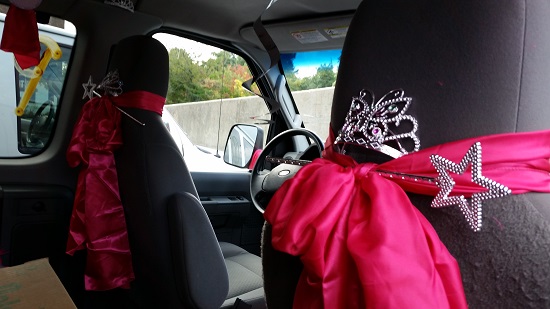 A glimpse inside the Princess Party Van. 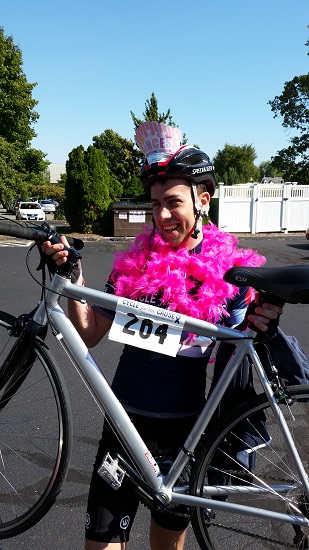 Christian, one of the Party Van’s princesses. 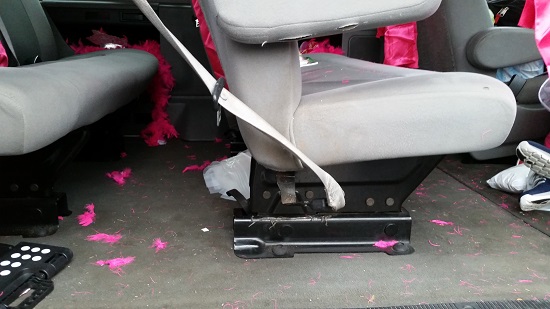 Towards the end of day two, the Princess Van looked like it had a flamingo explode inside. 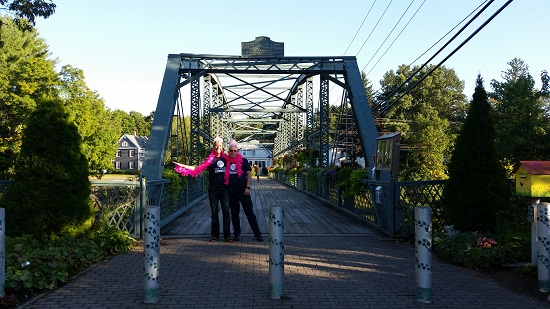 Jesse, my navigator, and me in our princess finery at the Flower Bridge rest stop.

It was difficult for me to not ride this year. Make no mistake, I had a great time crewing, but it is a different experience riding and to be the caboose (which I’d done the previous two years). Seeing all the bikes racked Thursday morning tugged at my heart, and then hearing many people ask why wasn’t I in the caboose slot made it worse (albeit in a good way). I seriously considered for a few moments asking to borrow the bike of someone who’d shipped their bike, but then didn’t make the ride because they’d gotten sick. I’m going to do everything I can to come back to ride in 2015. 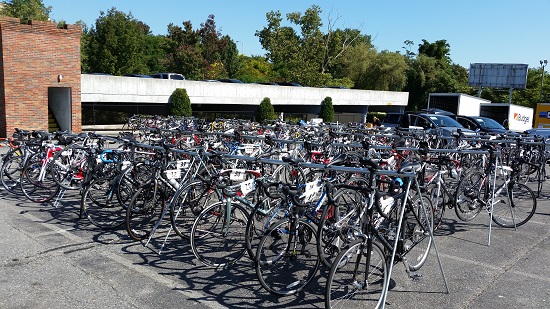 Bikes racked and waiting for riders the day before the ride.

Some notes from the ride:

The most important part of the ride is the cash raised. Check out this number: 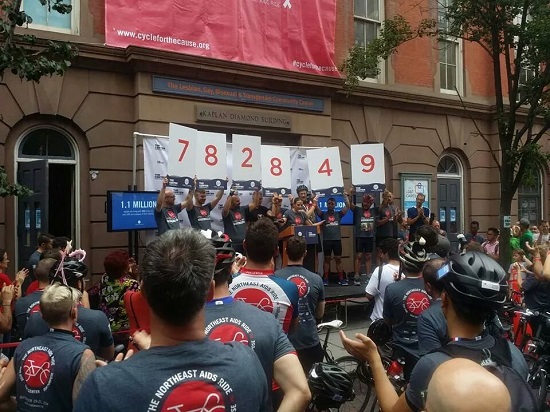 Wonderful numbers to end the weekend.

That’s around $100k more than last year and I’m proud I raised $4300 of that. I didn’t quite make my goal of $4500, but I’m pleased with my amount and look forward to raising more next year. Thanks to all my donors who contributed to my final total.
Now I just need to find the right place to train in Humboldt…